The newspaper won two awards from the American Scholastic Press Association
May 5, 2018 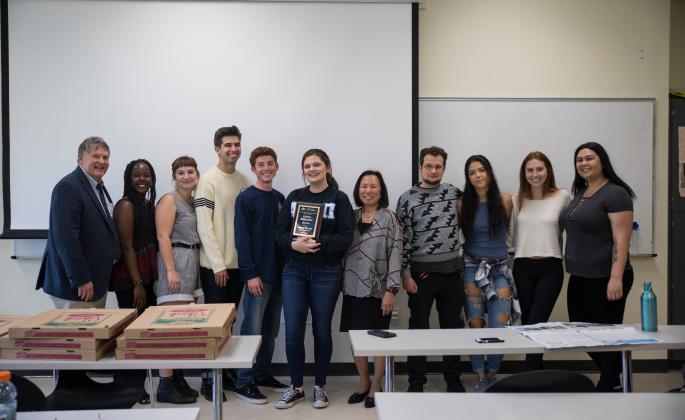 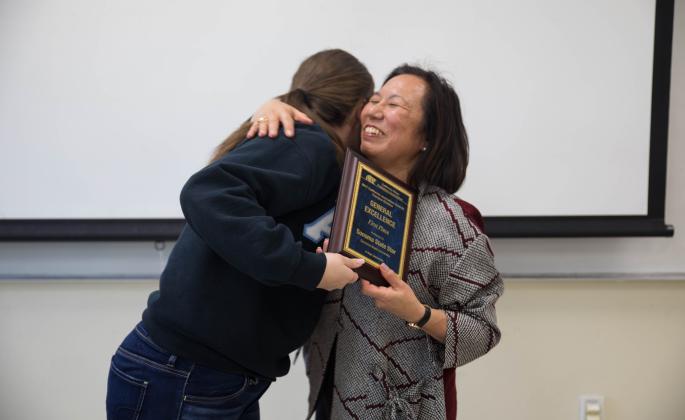 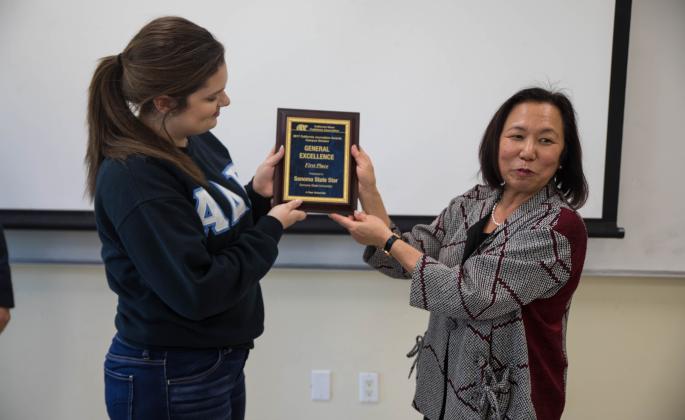 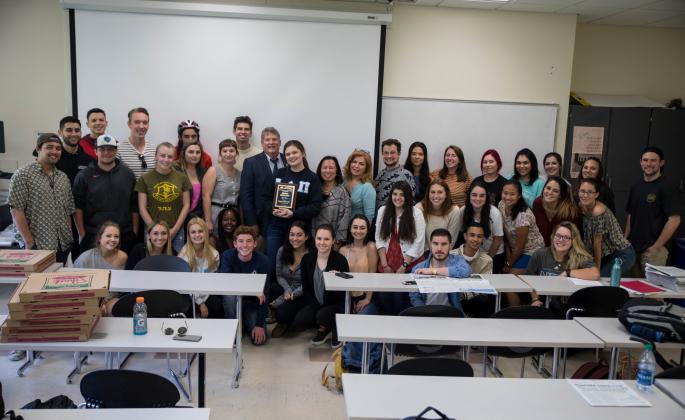 Just days after winning the top award for college newspapers in California, the staff of the Sonoma State Star, the student-run newspaper at Sonoma State University, learned this week that it won two other prestigious awards.

The Star has been named by the American Scholastic Press Association as one of the “Most Outstanding College Newspapers for 2017-2018.” The newspaper also won a “First Place Award with Merit” from ASPA.

Sonoma State President Judy K. Sakaki was on hand to announce the latest awards to the staff in person during class on Tuesday, May 1. She also presented to Star Editor-in-Chief Shannon Brown the first place award for General Excellence that the staff won last month from the California Newspaper Publishers Association.

“I just wanted to congratulate all of you for winning these prestigious honors,” Sakaki told the staff. “This is a tremendous accomplishment. It’s also an important recognition of all your hard work in keeping our students, faculty and staff informed on important issues here on campus.”

The judging for both the ASPA and the CNPA awards were based on Star editions in 2017, including the newspaper’s coverage of the October fires, which claimed 24 lives, destroyed nearly 5,300 homes in Sonoma County and forced the closure of Sonoma State University for nine days.

“The award recognition we have gotten for the Star this year is an undeniable reflection of the hard work all the staff and the editorial board do,” said Shannon Brown. “I am beyond proud of what the Star has accomplished the past four years I have been on the paper. I have no doubt that its success will continue to grow with help from the SSU community and students.”

As both President of Sonoma State University and as a private citizen of the United States of America, I am horrified by the attack on the U.S. Capitol that took place yesterday at the hands of violent extremists, and at the clear direction and encouragement of the President of the...