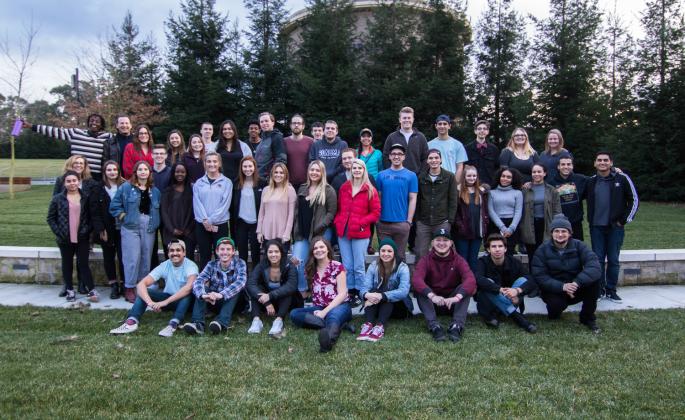 The judging for general excellence was based on two editions in 2017, including the Star’s coverage of the October fires, which decimated Sonoma County and forced the closure of Sonoma State for nine days.

“This is a remarkable accomplishment for our student-run publication, and we are all so proud," said Sonoma State President Dr. Judy K. Sakaki. ““It’s a well-deserved first-time recognition for our talented Star students.”

The work of the Star was evaluated along with entries from campus newspapers from four-year universities from throughout California. Second place went to the UCLA Daily Bruin.

Star Editor Shannon Brown, a senior communications major, said she and other editors were determined to have the post-fire edition on the stands the day the camp of class. “But that was a challenge because we weren’t even allowed back on campus until noon the day before,” said Brown. “We are still in shock. This is amazing.”

“The staff of the Star have set a high standard for themselves, a standard that was particularly evident during some challenging times this past year,” said Paul Gullixson, faculty adviser to the Star. “Their hard work has paid off, and I could not be more pleased for them.”