Member of “Central Park Five” speaks out at Sonoma State about life, prison — and facing injustice 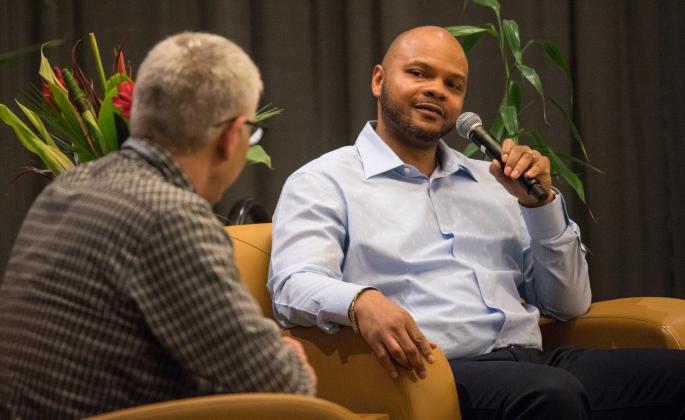 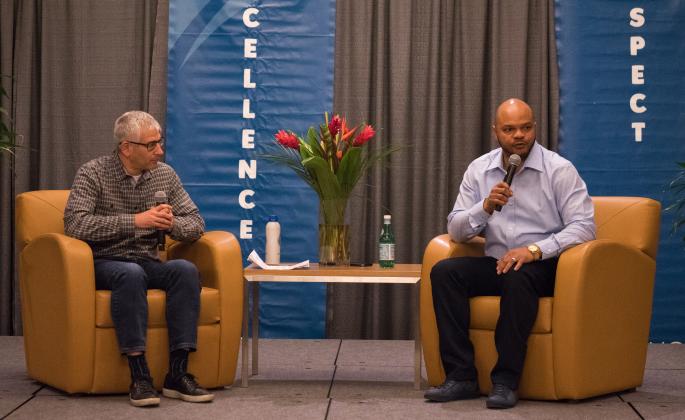 On Thursday night, Richardson was on campus for a discussion and Q&A moderated by SSU American Multicultural Studies Professor Michael Ezra. 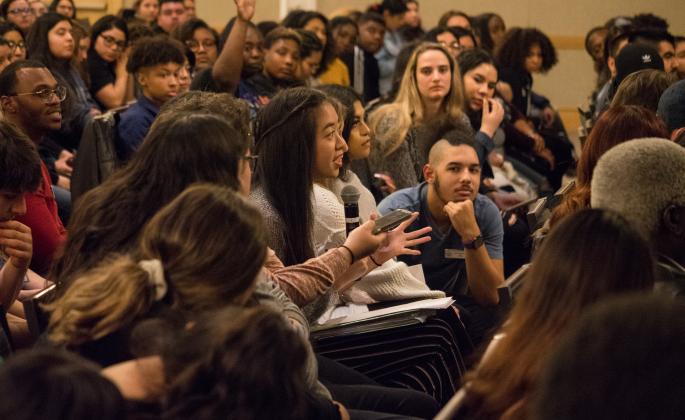 A student in the audience asks Richardson a question. 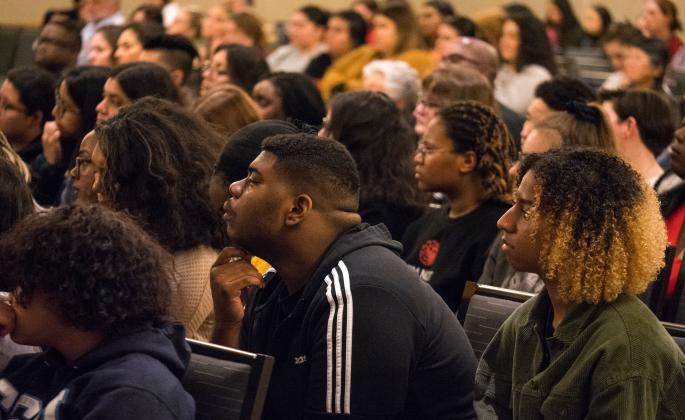 The Student Center Ballrooms were packed for Richardson's appearance. 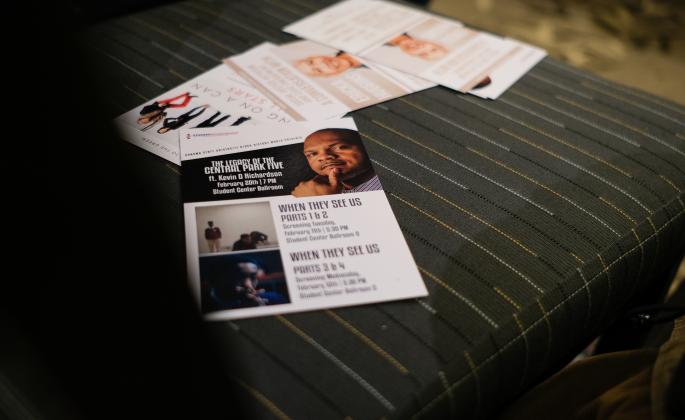 “I am still healing from those events because I’m human,” Richardson told a packed audience at the Sonoma State Student Center Thursday night. “Me and my brothers have every right to be angry, but I’m not.”

It's been almost 30 years since Richardson, then 14, and four others under the age of 16 were convicted of a horrendous crime in New York’s Central Park. It was a crime that they had no part in committing — the brutal assault and rape of a Jogger in Central Park on April 19, 1989. After being exonerated in 2002, Richardson and the “Central Park Five” became the “Exonerated Five,” leading to a Netflix limited series in 2019 by Ava DuVernay titled “When they See Us” depicting the injustices of their convictions.

On Thursday night, Richardson was on campus for a discussion and Q&A moderated by SSU American Multicultural Studies Professor Michael Ezra. The conversation began with what  life was like prior to the event that changed his life forever — when he was a 14-year-old boy who loved to play the trumpet and had dreams of playing basketball at Syracuse.

Since being exonerated, the 44-year-old Harlem native has traveled around the world telling his story and fathering his two daughters. “I feel like this is what I was meant to do. I’ve found my calling,” said Richardson.

On top of that, he has worked with the Innocence Project, a New York City-based nonprofit legal organization that is committed to exonerating wrongly convicted people through the use of DNA testing and other means. While this doesn’t undo the injustice that was done to him, “it does pay forward his faith in the importance of living a life at peace with himself,” said Jerlena Griffin-Desta, Chief of Staff and Associate Vice President for Strategic Initiatives and Diversity, during her opening introduction.

“So often we want to turn away from even listening and learning about such horrors because it is too painful,” said Griffin-Desta. “But avoiding the pain of bearing witness is a privilege not everyone has, and choosing to bear that pain, even just for a few hours, can be the first small step toward change, especially systemic ones.”

During the night, Richardson detailed his five and half years of incarceration, how his mother received threats before the trial and had a heart attack when the verdict was read — a scene left out of the series. Despite that, Richardson said he has seen the series multiple times and appreciates that it was told correctly and so powerfully that it gave each of the five their voices back. “The spirit of all five of us is on stage with me right now,” he said.

Richardson also managed to get his associate degree while in prison. More recently, he was awarded a scholarship in his name at Syracuse University, the school he loved as a kid, for black and Latinx students with financial need.

“I would tell anyone who is facing injustice to never give up and to keep fighting,” said Richardson. “Just like riding a bike, you have to get up after you fall. You see where we had to come back from, and we did.”

Richardson spoke as part of Sonoma State University’s Black History Month. To read more about it, and find out the next events, visit the story on SSU News.