The World in a Grain of Sand 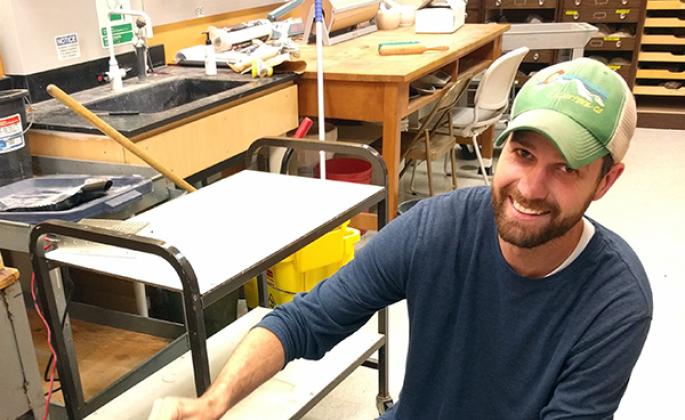 Do you ever think about the sand between your toes at the beach? Sonoma State University Geology Professor Owen Anfinson sure does. And if that sand is from the coast near Point Reyes, he can tell you it's older than many dinosaur fossils and possibly formed when the land was part of the Arctic's now frozen tundra.

In other words, he can see the world's changes over millions of years through a few grains of sand.

First, he fills a bag of sand from a beach about 30 miles from SSU. Using a combination of microscopes, electromagnets, chemistry lab liquids and gold prospecting tools, Anfinson can isolate the mineral zircon.

He's looking for zircon specifically because the crystal structure naturally contains uranium, which can be age dated using a calculation involving the element's half-life and the amount of lead in a given grain. With recent technological advances, Anfinson can date up to 100 grains in two hours -- call it geological speed dating -- to give a good idea of just how old these rocks really are.

"The information from these dates and geochemical fingerprints allows us to compare rocks from around the world," says Anfinson. "By tying these rock units back to a specific time and place of formation, we can determine where our tectonic plates have been through geologic time."

With his team of SSU undergraduates, Anfinson is currently testing the hypothesis that large regions of California, including the eastern Klamath Mountains, the northern Sierra Nevada, and possibly parts of Point Reyes, were once in a far more northern position on Earth.

By drilling microscopic holes into these tiny grains, Anfinson is able to see when the Earth went through major geologic changes. He has recently published papers on the use of this novel technique on samples from the Canadian Arctic and Italian Alps.

"Poet William Blake envisioned a world inside a grain of sand, but his generation lacked the technology to unlock the true secrets of that beautifully complex world," says Anfinson. He referring to the poem "Auguries of Innocence," which begins:

To see a World in a Grain of Sand
And a Heaven in a Wild Flower,
Hold Infinity in the palm of your hand
And Eternity in an hour

Anfinson continues, "The truth is these sand grains hold a rich and deep story that may hold the key to reconstructing the tectonic history of our planet."