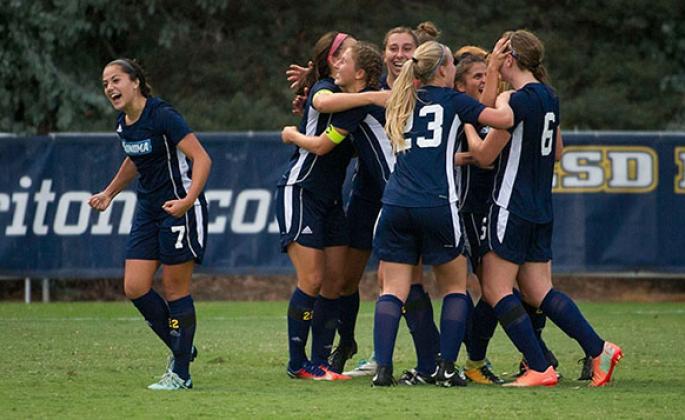 Playing to a scoreless draw in the first half, Sonoma State implemented a change in strategy at the break to find the go-ahead goal in the second half with a header from Sarah Lindborg.

The 1-0 shutout marks just the second NCAA Tournament win for Sonoma State in the past 19 years, and is the first since their 2015 defeat of Point Loma in the first round of the tournament.

"I can't say enough about this team," added the Seawolves' head coach. "At this point in the season it's about finding ways to win and we did that today. They dug deep and gritted it out and that's what it takes. We have a massive game on Saturday and now we have to rest, recover and prepare."

With the win, Sonoma State moves on to face the host, and the defending National Champion, Western Washington in the second round of the NCAA Tournament, Nov. 11 at 1 p.m.