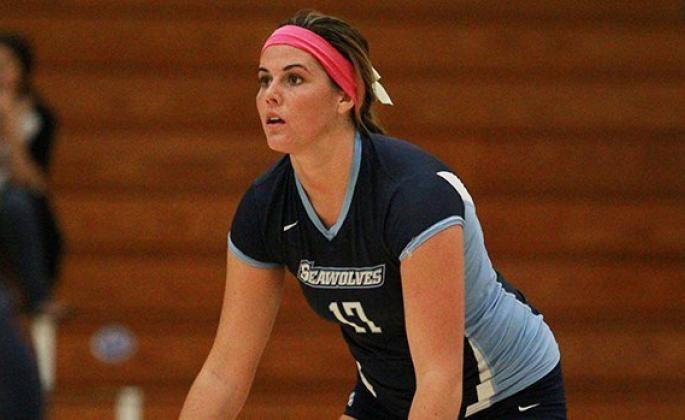 With an 18-4 record in conference play this past season, SSU's volleyball team took the first CCAA title for any women's team since the school joined the conference in 1998. The Seawolves finished the 2014 campaign with a 23-7 record overall, losing in five sets in the first round of the NCAA Division II Volleyball Championships to Southwest Minnesota State in December.

Despite missing the first six games of the 2014 season due to injury, Hull finished the year with the fourth-most kills per set (3.67) and points per set (4.38) in the conference while leading the CCAA in service aces with 40 (an average of 0.46 per set). Defensively, she recorded the third-most digs on the team with 289 (an average of 3.32 per set), to go along with 37 total blocks (0.43 blocks/set) and a .943 serve reception percentage.

Hull was also named SSU's Female Student-Athlete of the Year in 2014-15, and was a First Team All-CCAA selection all four years of her career. She was tabbed as the CCAA's Newcomer of the Year as a redshirt freshman in 2011. Hull earned AVCA All-American honors in 2011, 2013 and 2014, becoming the ninth SSU student-athlete to be named an All-American at least three times.

For the ninth time in the last 10 seasons, the Sonoma State University women's volleyball team has qualified for the NCAA Division II Women's Volleyball Championship Tournament.  The Seawolves, who went 20-8 in the regular season, earned the No. 8 seed in the West Regional and will face top-seed...