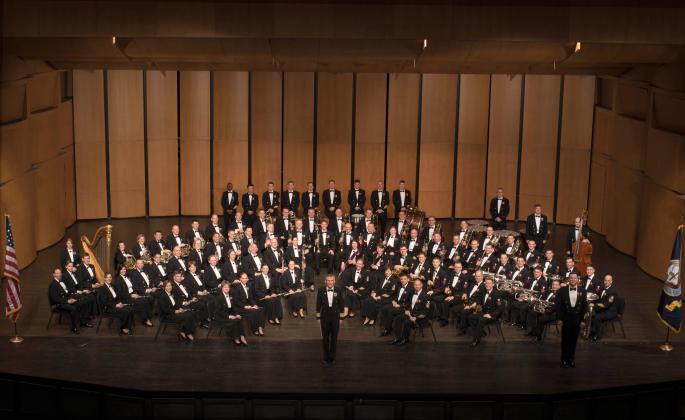 Sonoma State University's Green Music Center has revealed it's upcoming slate for the spring. The schedule includes the only stop in the Bay Area of the United States Navy Band and the annual Jazz Forum.

Tickets are on sale for Sonoma State University’s Department of Music spring season that consists of more than 30 student, faculty and visiting artist performances at the Green Music Center, and ten showings of “You’re A Good Man, Charlie Brown” at Evert B. Person Theatre.

Ticket prices are $8 for music concerts and $10-17 for the musical. All events are free to SSU students. Some performances are free, but ticket is required. Visit the department website http://web.sonoma.edu/music/concert_calendar/  for full details.

The United States Navy Concert Band will give a free concert in Weill Hall, its only stop in the Bay Area on a 24-day, 21-concert national tour. The premier wind ensemble of the U.S. Navy, the Concert Band will play marches, patriotic selections, orchestral transcriptions and modern wind ensemble repertoire. The Navy Band is based in Washington, D.C. and has been touring the country since 1925. Free admission, ticket required.

The music and theatre departments team up to present the newest version of this timeless musical about the Peanuts gang. Two new songs by Andrew Lippa have been added (“Beethoven Day,” “My New Philosophy”) to the twelve original numbers, which include “My Blanket and Me,” “The Baseball Game,” “Little Known Facts,” “Suppertime,” and “Happiness.” For times, visit http://web.sonoma.edu/theatreanddance/

The Sonoma State Symphonic Chorus (Jenny Bent, director) will join the Santa Rosa Symphony – Bruno Ferrandis, conductor and Jacalyn Kreitzer, mezzo-soprano – on April 7-9 for Prokofiev’s Alexander Nevsky, the cantata based on the epic 1938 film of the same title by Sergei Eisenstein. For times, visit http://srsymphony.org.

Let’s Go To The Movies!

The Sonoma State Symphony Orchestra presents its annual Family Concert, “Let’s Go To The Movies!” with music from films including How To Train Your Dragon, The Sea Hawk, Star Wars and others. Families with children of all ages are welcome and invited to come in costume. The Orchestra performs again on April 29 at 2 p.m. in Weill Hall with organ soloist Jonathan Dimmock playing works by Poulenc and Saint-Saens.

Violist Wayne Roden joins Chamber Artists-in-Residence Navarro Trio on February 18 for Piano Quartets (violin, viola, cello and piano) by Mozart and Taneyev. Roden, who teaches viola at Sonoma State, can be heard as a string soloist on the San Francisco Symphony’s recording of Strauss’ Metamorphoses, Herbert Blomstedt conducting. The Navarro Trio performs again on April 8 at 2 p.m. in Schroeder Hall.

A native of St. Petersburg, Russia, Grisha Goryachev is renowned for his extraordinary musical sensitivity and technical virtuosity in both classical and flamenco styles. He is reviving the tradition of solo flamenco guitar in a concert setting that was practiced by the legendary flamenco masters Ramón Montoya and Sabicas. Goryachev will give a public workshop on Classical and Flamenco Technique prior to the concert.

American composer Charles Ives (1874-1954) has been called a rare blend of the cultivated and the vernacular. Witness, for example, the middle movement of his Piano Trio, entitled TSIAJ (or This Scherzo Is A Joke). Performed by members of the woodwind, brass, strings and piano faculty under the direction of Brian S. Wilson, the all-Ives concert will include Piano Trio; The Unanswered Question; Three Quarter Tone Pieces; From The Steeples and The Mountains; Selections from 114 Songs; and Variations on “America.”

Sonoma State’s music department is located at the Green Music Center, ranked No. 3 on College Degree Search's 25 Most Amazing Campus Arts Centers, with concert venues in Weill Hall and Schroeder Hall. The GMC is two miles east of Highway 101 on Rohnert Park Expressway. For information call (707) 664-2324.

Imagine, from a child's perspective, being uprooted from your home and starting school in a different country, with a different language and different school curriculum. These extra challenges make it tough for migrant students, but for the past 20 years Sonoma State University's Migrant...