The transformational impact of Donald Green 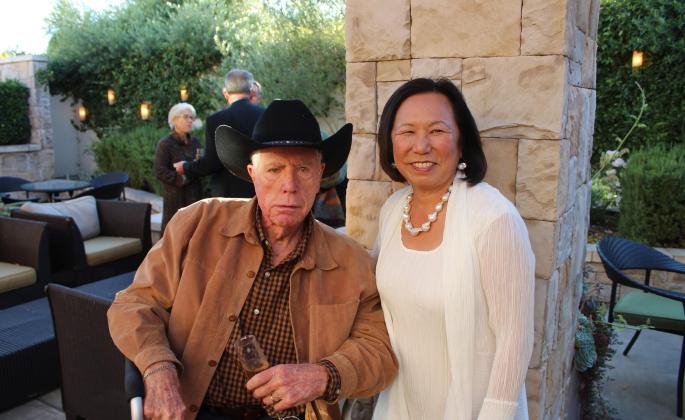 Sonoma State University lost one of its most generous patrons and supporters this week with the passing of Donald Green. Along with his late wife Maureen, Mr. Green helped to create the Donald and Maureen Green Music Center at Sonoma State. The music center project was one of great vision and ambition that helped redefine music and the arts at Sonoma State and the greater North Bay region.

“Don Green’s heart, passion, and integrity were huge,” said SSU President Judy Sakaki. “His vision, ideas, and philanthropy transformed Sonoma State and our community. The Green Music Center is his legacy. We are forever grateful to this very special leader.”

Mr. Green found solace in choral music as a way to escape the rigors of his day-to-day life, which saw him as the founder and financier of multiple companies in Petaluma’s Telecom Valley. When he moved to Santa Rosa in 1987, the tech pioneer connected with Sonoma State, joining the university’s concert choir. He was instrumental in forming the Sonoma Bach Choir at SSU a few years later.

So it made sense when, in 1997, the Greens donated $10 million toward a world-class music venue to be built on the northeast corner of SSU’s campus. After 15 years, and much perseverance, the grand opening of the Green Music Center took place on September 29, 2012.

“What a wonderful thing we have created,” Green said during his speech at the opening’s reception ceremony.

During that same speech, Green cited three reasons why he led the way to finance a building that faced countless setbacks, including soaring costs that resulted in a six-year delay after ground broke in 2000.

First was Green and his wife Maureen’s love of choral music. Acoustical perfection was an obvious priority. The second reason was the GMC’s role as a cultural enhancement for the North Bay, Green citing his experience as a founder and financier of multiple companies. “We have to compete with places like Silicon Valley for talent,” he said.

But Mr. Green’s most important reason for staying vigilant with the project was his belief in the building's one true purpose: education.

“I wanted to help with a project that would benefit generations to come,” Green said in his speech. “We take for granted what our forefathers have built for us in the form of great libraries, concert halls, cathedrals, and museums. This was our turn to make such a contribution.”

Through his generosity and vision, Mr. Green has touched thousands of people in the North Bay and beyond. Also the university’s Department of Music has called the GMC home since 2008. The availability of Schroeder and Weill Halls, as well as several rehearsal spaces, have provided immeasurable benefits to SSU students, staff, and faculty members across the campus. Not the least of these benefits is the opportunity for Music students to train and perform on stages perfectly suited to their craft.