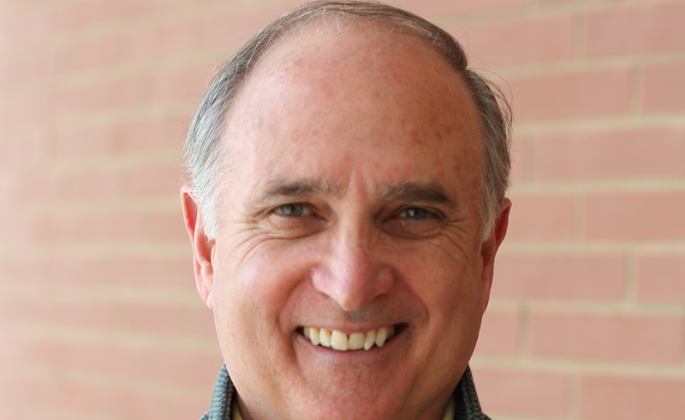 The global issue of climate change cannot be ignored any longer--even Pope Francis made headlines with his historic address to Congress last month, calling for a response to "the most serious effects of the environmental deterioration caused by human activity." To that end, Sonoma State University hosts its second annual Sustainability Day conference on Oct. 21 with author and sustainability champion David W. Orr giving the keynote address.

"Like David Orr, Sonoma State is walking the walk when it comes to sustainability," says SSU Director of Sustainability Paul Draper.

The free event is more than just a traditional conference, featuring presentations, exhibits, art installations, panel discussions, musical acts and more. The community is invited to attend all of the day's events, about half of which feature students and their work in the field of sustainability. The conference begins at 9 a.m. in the Student Center ballroom and ends at 5 p.m., with a concert in the Student Center plaza immediately following.

Orr's talk, "The Road to Montana: Climate Change and the Long Emergency," discusses the rising levels of CO2 and its longevity in the atmosphere, and what role higher education institutions and their students need to have in preserving the planet. Orr is founder and Chair of the Oberlin Project and a founding editor of the sustainability journal Solutions. He is the author of seven books, including "Down to the Wire: Confronting Climate Collapse" (Oxford, 2009).

"He was 'Bill McKibben' before Bill McKibben became who he is today," says Draper, referencing the renowned environmentalist and founder of climate change nonprofit 350.org. "He thinks about climate change as not a tactical issue but as an existential issue. He knows the science behind it, he knows policy and he's also a very personable guy who is deeply invested in the power of education."

Another speaker, Sonoma Clean Power CEO Geof Syphers, talks about "Getting to Zero" in his presentation. "I am excited to be speaking at Sonoma State's Sustainability Day conference for the second consecutive year," says Syphers, an SSU alum. "We all agree that we need zero-emission sources of energy, but creating an electric grid that uses no fossil fuels at all presents some startling opportunities for improving our society."

Fellow Sonoma State alum Sabrina Sihakom gives a presentation about sustainability and innovation practices at Jackson Family Wines, where she is sustainability coordinator.

Other presentations include Lucy Gudiel and Jason Carter of Community Action Partnerships of Sonoma County, who will speak about maximizing young leaders' potential with a talk about careers in sustainability. And NextGen Climate CFO and SSU alumnus Chris Fadeff speaks about political action and youth involvement for shaping local, state and national policy.

Students are also involved in a number of panels and events during the day. One panel focuses on creating a more sustainable campus at Sonoma State, and another pairs students with community partners to discuss how they are applying principals of sustainability in the community.

"The first half of the day is structured around serving the community, and the afternoon is aimed at inspiring our students," says Draper.

Several exhibits will be on display in the ballroom, including a group of recent graduates presents an exhibit about their project, Farmster, which explores viable regional food systems for a hotter, drier, more crowded California. There is also an exhibit about the campus as a "living lab for sustainability," part of a California State University effort in which classes conduct experiments to improve sustainable practices at their own campuses.
The University Library Art Gallery features "Ghost Cat My World," drawings by Michelle Friend of pumas, mountain lions other wild cats. Another art exhibit, this one from the German Consulate General of San Francisco, highlights Germany's commitment to renewable energy. "On the way to sustainability--Germany's 'Energiewende'" is on display in the Ballroom during the conference and remains on campus through Nov. 11.

To get the ball rolling, the North Bay Climate Adaptation Initiative presents a panel titled "Climate Ready Sonoma County" on Tuesday, Oct. 20 at 5:30 p.m. to discuss innovative local strategies to build our resilience in the face of climate change.

Also on Tuesday night, the student commissary, The Kitchens, features a farm-to-fork dinner, and a documentary film made by Sonoma County residents, "The Russian River: All Rivers--the Value of an American Watershed," screens in the Student Center Ballroom at 7 p.m.

After the conference, musical performances by Cello Joe and Bicicleta por la Paz take place outside in the Student Center plaza. Both groups rely on cycling as their primary modes of transportation while they tour the country spreading their musical messages of peace, love and sustainability.

Cello Joe is the musical moniker of the performing artist Joey Chang. "He's the world's only beatboxing, long distance-cycling, looping cellist," says Draper, who himself can often be seen cycling across campus. Musically, Chang's "classical hip-hop" runs the gamut from funky grooves to sweet serenades.

Bicicletas por la Paz is a reggae-funk-ska band inspired by the likes of Bob Marley, Rage Against the Machine and Manu Chao. Many lyrics are in Spanish, with themes about social justice. On its website, the band proudly proclaims its message of energy independence: "We're telling the oil giants that we're fine without them and their enslavement on our lives."

"When Farmster was created, we were 4 students in a garage," says Allison Jenks, Farmster's...