SSU ranked fifth in the nation for studying abroad by the Institute of International Education
December 4, 2017 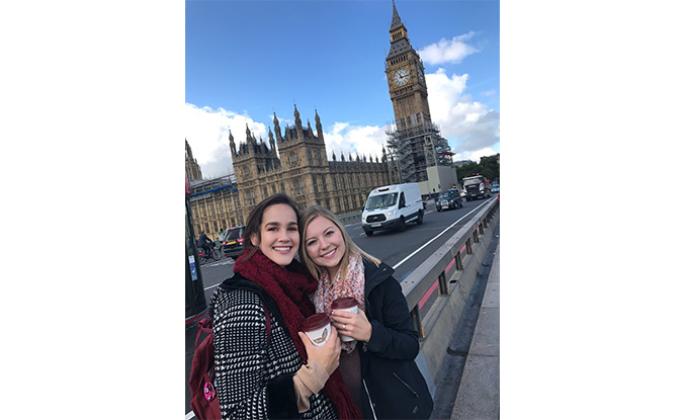 The Institute of International Education (IIE), a leading nonprofit educational and cultural exchange group, ranked Sonoma State’s Study Abroad program fifth among master’s degree-level colleges and universities for the number of students who study abroad for at least one year.

This year, 89 SSU students are studying around the world. That number is up from the previous year’s 56 students who studied abroad for a full academic year 63 students in 2015-16.

“The reason we have a strong year-long study abroad program, in part, thanks to the support of faculty and academic departments, says Hope Ortiz, International & Exchange Programs Advisor for Sonoma State University.

Ortiz said faculty advising on appropriate courses is key to assuring that students away from campus take the classes that are beneficial to their degree.

In addition, she said, the yearlong program at SSU is affordable, “often costing less than staying at SSU, and students are able to use all of their financial aid. Cost and affordability for students is very important, so students will often choose the program that best suits their financial needs.”

In addition, since the 2013-14 academic year, SSU has had 101 students participate in National Student Exchange to study in the United States and its territories (Puerto Rico and U.S. Virgin Islands).

Ortiz, who studied abroad for a year in Mexico when she was an undergraduate at Sonoma State University, said the full-year experience is important.

“I was able to make friends with local Mexicans as well as students from across the globe, providing me with a global understanding of political, societal, and religious issues that I never would have received otherwise. This unique experience has been one of the more impactful events that I experienced at SSU or throughout my life.”

Other California State University campuses that appeared in the top 10 this year include Chico State, San Luis Obispo, Monterey Bay and Long Beach.

Sonoma State also serves as a destination for others around the world. Currently the University welcomes 62 students, educators and scholars from nations across the globe.

More information on SSU's Study Abroad program can be found at http://web.sonoma.edu/cie/

The Woman of the Year event is held annually in March to celebrate...