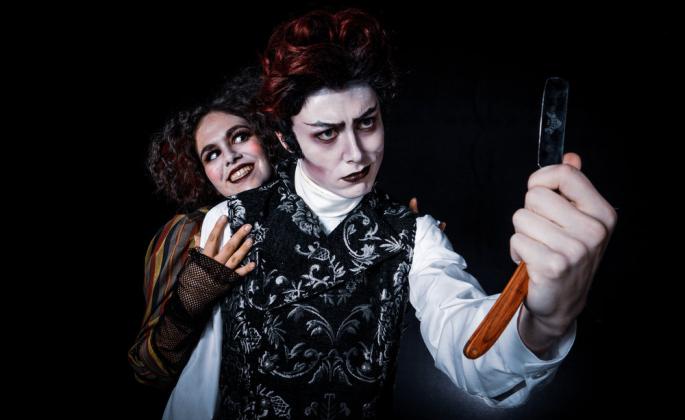 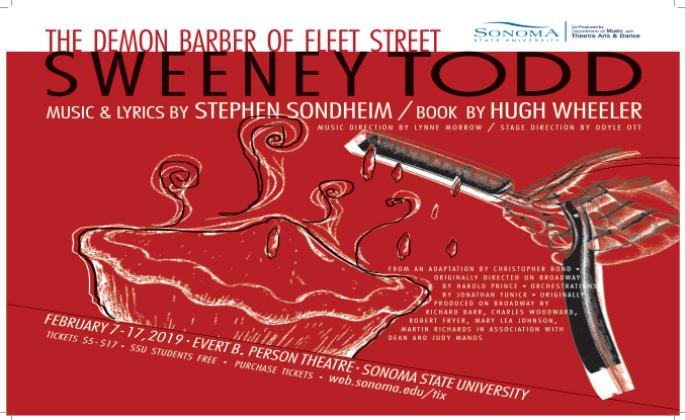 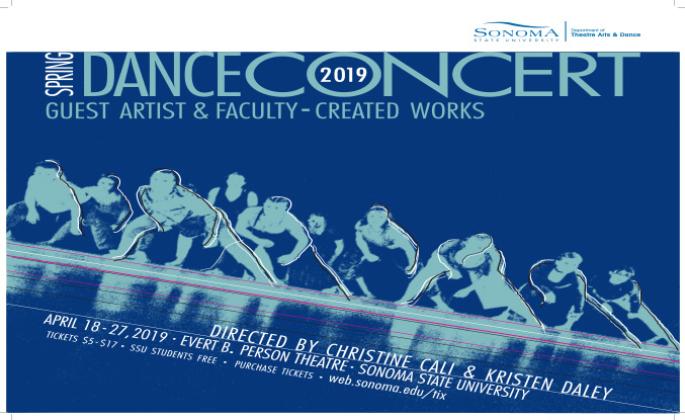 Sonoma State University’s Department of Theatre Arts and Dance spring 2019 season begins with a co-production set in revenge, vengeance - and “meat pies.” The acclaimed musical “Sweeney Todd - The Demon Barber of Fleet Street,” which follows a Victorian-era barber seeking vengeance against the entire human race with his associate and baker Mrs. Lovett, will be presented in collaboration with the Music Department on campus by Sonoma State students beginning next week.

On Thursday, Feb. 7 at 7:30 p.m., an ensemble cast of 26 SSU students and a professional 14-member orchestra will premiere “Sweeney Todd” at Everett B. Pearson Theatre. Tickets are free for SSU students. The production will be shown over a 10-day span, with gorgeous Victorian-era costumes and music and stage direction by SSU’s own Music and Theatre Arts Departments.

“I’m excited that we have students who have worked diligently on their craft and are able to do work of this difficult caliber,” said Lynne Morrow, musical director of the play and director of Musical Theatre at SSU. “I wanted this material to be relevant to our community, and with this work we are looking at what happens to a person when they wrongly have their rights taken away, and what happens to them when there is no justice.”

On April 4, the season continues with “Power Lines: A New Play Festival with Hard Hats,” the second annual festival featuring a new generation of plays written, directed, designed and performed by SSU students. From two potential lovers uncovering the truth behind bad pick-up lines, to four friends avoiding an evil R.A. while journeying into the heart of their dorm room, the festival will show four plays over the span of a week.

All events will be held in Ives Hall or Pearson Theater. For each production, all Sonoma State students are admitted free with a valid student ID. For non-SSU students and seniors, tickets are $10, $15 for SSU faculty and staff and $17 for standard admission. On select Thursday nights, “Friends and Family Night” features $5 admission for all ticket buyers, with faculty, staff and alumni receiving free admission. Tickets can be purchased online at the performing arts box office. To purchase tickets in person, the box office is located on the first floor of the Student Center or, depending on the venue, the Pearson Theatre or Ives Hall box office will be open 45 minutes prior to showtime. For more information, visit the Theatre Arts and Dance ticket page.

A Victorian-era barber returns home to London, after fifteen years of exile, to take revenge on the corrupt judge who ruined his life. When revenge eludes him, Sweeney swears vengeance on the entire human race, murdering as many people as he can, while his business associate Mrs. Lovett bakes the bodies into meat pies and sells them to the unsuspecting public.

Some of their stories are harrowing and heroic; others, in comparison, may feel relatively ordinary. But all detail service to their country. After interviewing more than 20 veterans of the United States military, Sonoma State University students are giving a performance of these veterans'...