SSU student recognized as 'Woman of the Year' 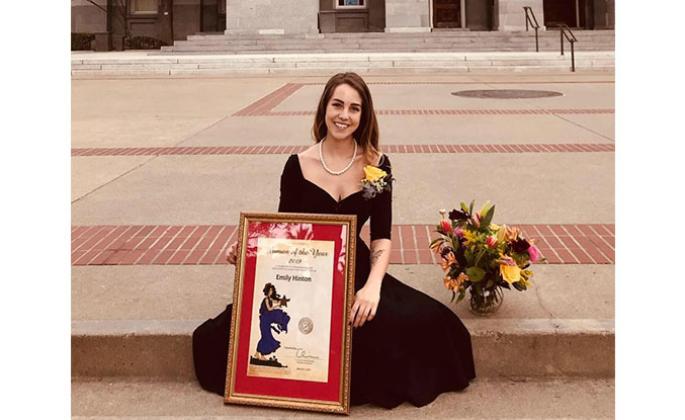 SSU Senior Emily Hinton poses with her "Woman of the Year" plaque in front of the state Senate building. // Emily Hinton

The Woman of the Year event is held annually in March to celebrate Women’s History Month. State senators and assembly members recognize women who are making a difference in their communities. Hinton, one of the CSU's two student trustees representing the nearly 500,000 CSU students, was recognized by Lieutenant Governor Eleni Kounalakis.

“My mother was crying after the event because she said she had no idea there was so many women fighting for me and others in this nation,” said Hinton. “This was such a huge honor, and I hope this shows a future generation of women that they can fight for whatever path they choose.”

Hinton has served as the president of Associated Students and is in her final semester of receiving a dual B.A. in philosophy and political science.