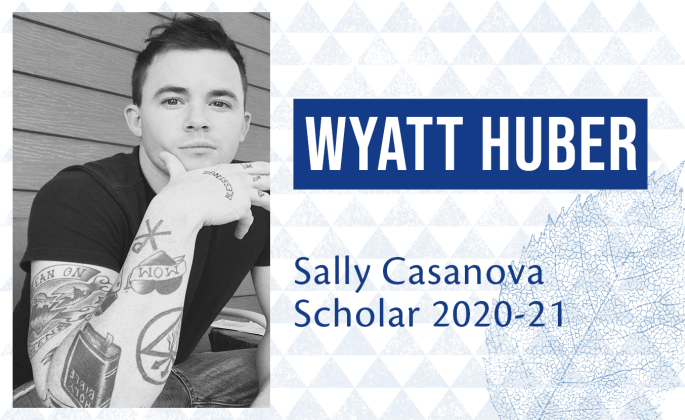 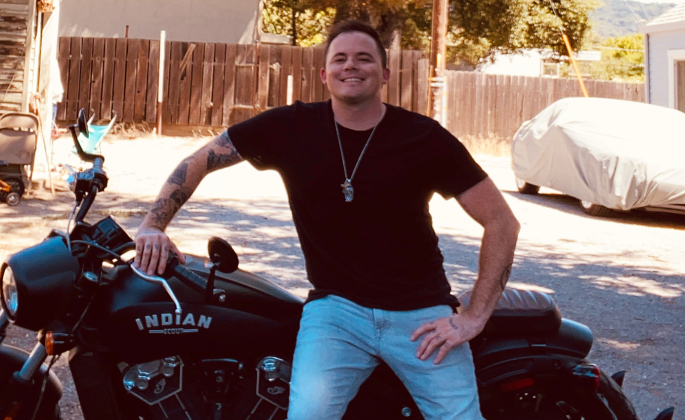 Huber is currently set to graduate from Sonoma State in Spring 2021 with a degree in Anthropology.

A former Coast Guard who enrolled at Sonoma State University two weeks after being honorably discharged in 2017 was selected for a prestigious CSU program designed to increase diversity within the pool of future university-level faculty.

Wyatt Huber, who is currently set to graduate from Sonoma State in Spring 2021 with a degree in Anthropology, is one of 77 Sally Casanova Scholars, an award targeting educationally disadvantaged students throughout the CSU, the majority of whom are first-generation students like Huber. The $3,000 scholarship aims to help students with doctoral aspirations, specifically those who have hopes of becoming professors.

“I think the reason I want to be a professor is from going to SSU and realizing how powerful education for myself has been,” said Huber, who grew up in Las Vegas. “Being a first-gen student, when you have professors that stand out to you and can change your way of thinking or expose you to things that you now hold dear, that's what I want to do for students in the future.”

Huber’s area of interest, which was highlighted in his written proposal to the CSU, involves examining religious expression from an anthropological perspective, specifically looking at certain Catholic traditions, including local variations that appear unorthodox. Over the summer, Huber conducted research out of the University of Chicago analyzing the contradictions of the Roman Catholic Church condemning a Mexican cult who consider themselves Catholic.

To aid in Huber’s future research, SSU Anthropology professor Richard Senghas will be his faculty mentor for the next year. Senghas, who has been at SSU for 22 years, taught Huber during his first year at Sonoma State, and now he is Huber’s advisor for the McNair Scholar Program as well, which helps underrepresented students get into graduate schools.

“He’s such a genuine person,” Senghas said of Huber. “I quickly noticed how engaged he was, but also that he always reached out to his peers in collaborative and enthusiastic ways while applying the course concepts and materials. His own research interests are fascinating, so I was quite pleased when he asked me to work with him as his McNair Scholarship faculty mentor. When I learned he hoped to teach, I immediately thought that he’d be a perfect fit for a program like the Sally Casanova Scholarship.”

According to the CSU, a preliminary follow-up study of former Sally Casanova Scholarship awardees indicates that more than 40 percent enter a doctoral program by the term following their pre-doctoral scholar year. Since Huber is not yet enrolled in a Ph.D. program for fall 2021, he will have the opportunity during fall 2020 to apply for a 2021 summer research experience at a doctoral-granting institution.

Huber said he plans on using his scholarship money to purchase equipment and attend conferences to further his research. As far as his plans beyond graduating from Sonoma State, he said he’s not sure yet. “One milestone at a time,” he said.

For more information on the Sally Casanova Scholarship, visit the CSU.