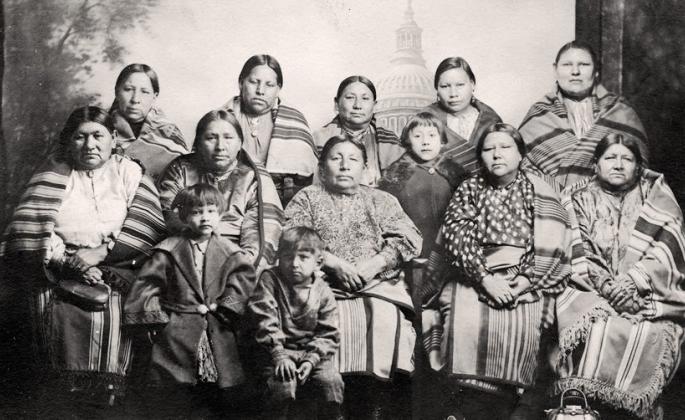 With Hess' "IndigenousMap," the general public will be able to engage with tribally approved data of indigenous people like the Osage Nation // The Osage Nation Museum 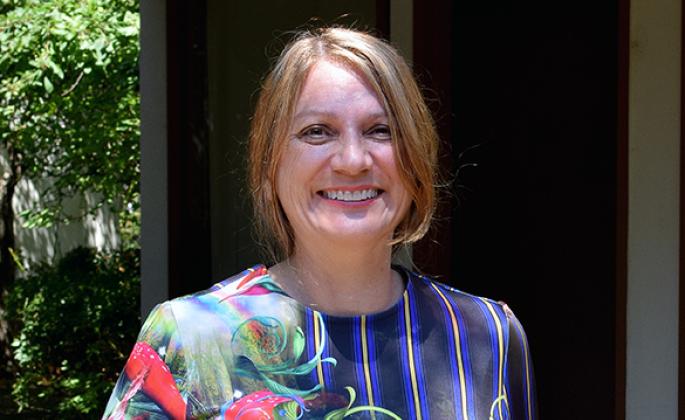 With the Digital Humanities Advancement Grant, Hess plans to create a prototype digital map of three indigenous American nations, documenting their geographic ranges, languages, architectural styles and cultural practices both before and after contact with European settlers. During the first phase of the project, she will focus on the California tribes of the Modoc and Pomo/Miwok and the once dominant plains nation of the Osage.

“I’m very excited and grateful and think this will be a great resource for students and teachers across the humanities,” said Hess. “I feel that a lifetime of focus on marginalized individuals has come to fruition in one large project that I hope will benefit many.”

Hess’ “Indigenous Map” aims to provide an open access online tool for the general public to access tribally approved data on indigenous people of the United States from sources such as museums of natural and tribal history and art.

“The Office of Digital Humanities is funding some of the most innovative research projects around the country,” said Hollis Robbins, dean of the SSU School of Arts & Humanities. “And Janet’s project, involving digital maps of territories, indigenous languages and major art practices, and indicating how the tapestry of Native American cultural presence changed over time, will serve as a vital online resource to students and scholars.”

Due to her mother and grandmother growing up alongside the Osage Native American nation, Hess said she has long been interested in the culture of indigenous people. She hopes her map will help protect imperiled cultural languages and practices related to nations like the one her family grew up with. The project is estimated to be a two-year endeavor, but Hess says she hopes it can become the project of a lifetime and will include all indigenous nations.

“Without many indigenous connections built over a long period of time, endless conversations, interviews, hikes through meaningful landscapes, attendance at ceremony when invited, innumerable visits, my project wouldn’t have been impossible,” said Hess. “No matter how outstanding the scholar, there is simply no way to produce meaningful scholarship on indigenous peoples without their friendship and mentorship.”

Hess, who received her Ph.D. in Art History from Harvard University, as well as her J.D. with a focus on poverty law and international law, has written several books on indigenous people, including “Osage and Settler: Reconstructing Shared History Through an Oklahoma Family Archive.” The book uses Hess’ own family archives, which document her ancestors’ move to Oklahoma when it was still considered "Indian Territory" in the late 19th century. She said this information has helped create an opportunity to explore the intersection of narrative and landscape to find moments of mutual identity between oppressor and oppressed.

“Indigenous people are spiritual; you cannot be self-absorbed and gain much understanding if you believe you are more important, or that academics is the only meaningful system of knowledge.” said Hess. “To paraphrase Supreme Court Justice Brennan, ‘without attending to the voices of others, even those who seem far from us, what does life mean?’”

Hess’ early work on the project was helped by a Innovation and Strategic Planning Grant provided through Sonoma State University and the Arts and Humanities School, with the assistance of former Dean Thaine Stearns.

Faculty and students join forces in ‘Week of Research and Creativity’
May 1, 2019

More than 1,000 Sonoma State students and faculty have been showcasing their scholarship and research accomplishments this week as part of the university’s second annual Week of Research and Creativity. The week will conclude on Thursday, May 2, when students from the schools of Social...

Kevin Nguyen is an assistant professor in the Hutchins School of Liberal Arts and Studies STEM Education.

When did you first start thinking about Covid-19? I mean beyond responding to it in your daily life, sheltering in place, and in your professional life,...