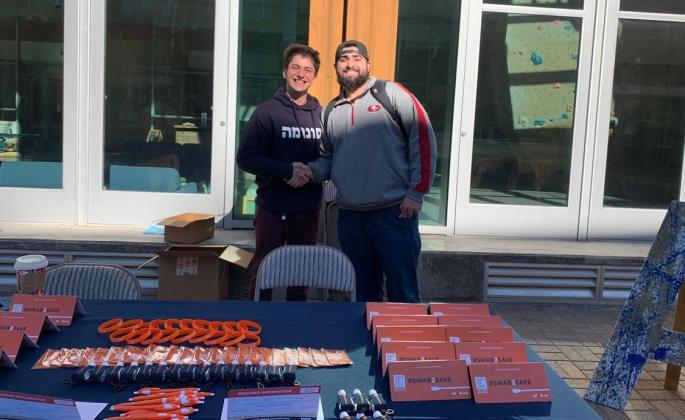 Leukemia is a cancer of the blood and bone marrow, where stems cells ready to transform into blood cells begin to grow uncontrollably. Doctor’s first diagnosed Sonoma State alumnus Glen Kueffner with acute lymphocytic leukemia when he was just 22 months old. By the time he was eight years old, he was already a two-time cancer survivor. When he was diagnosed with cancer a third time, doctors informed him he would need a bone marrow transplant. In June 2004, Glen received a bone marrow transplant at the University of Minnesota Medical Center near his hometown of Minneapolis. The transplant was successful – it saved his life and is why he’s alive today. 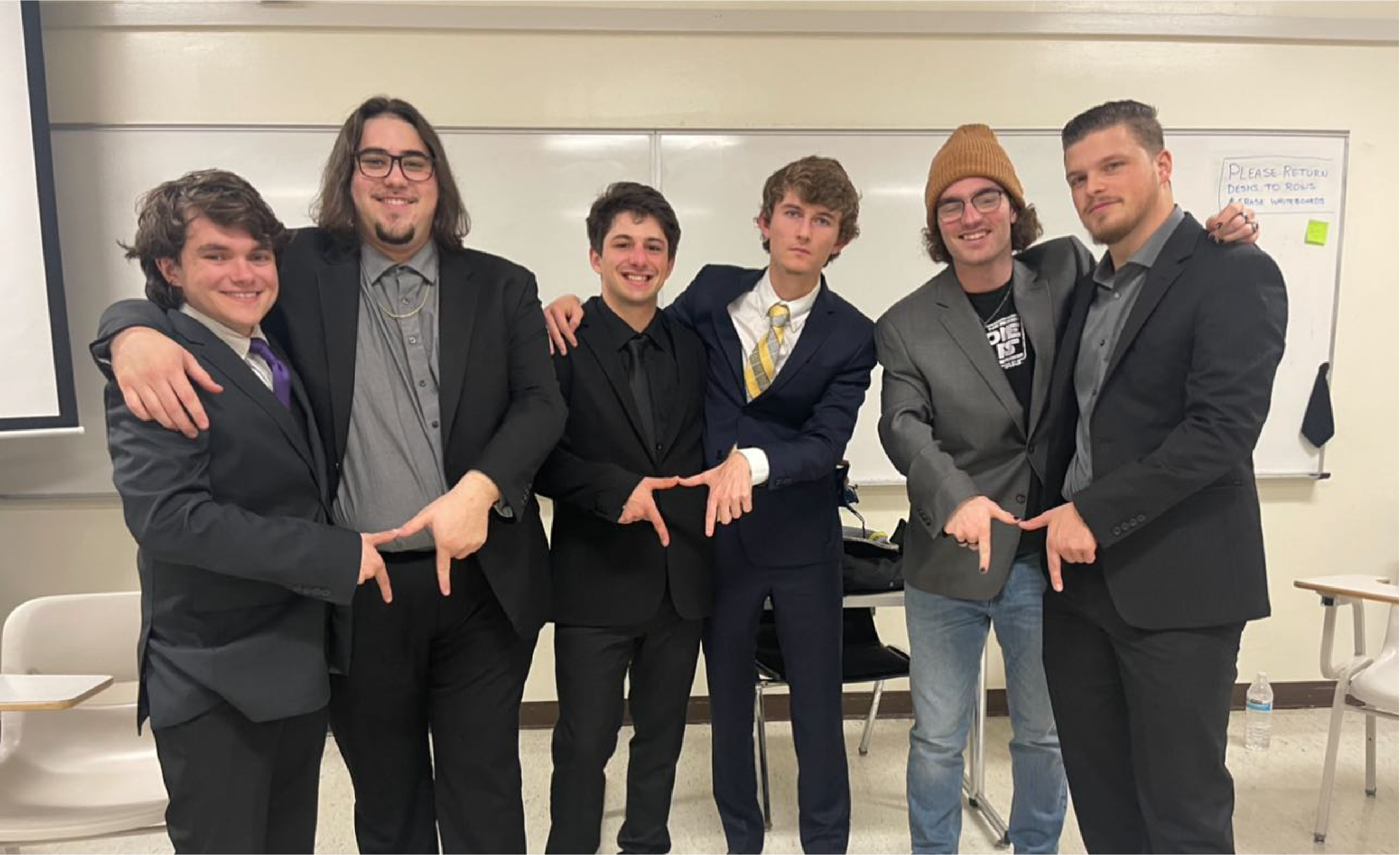 In December 2021, to raise awareness among SSU students about the life-saving potential of bone marrow transplants Glen’s fraternity, Alpha Epsilon Pi, collected 100 cheek swab kits from campus community members and sent them to the nonprofit bone marrow and blood stem cell registry Gift of Life. Gift of Life facilitates transplants for children and adults suffering from life-threatening illnesses, including leukemia. Each of the swab kits sent by Alpha Epsilon Pi contains data and DNA that will be entered into the worldwide bone marrow and blood cell registry to be compiled for patients seeking a matching donor. To date, there are nearly 40 million samples in the worldwide registry.

Alpha Epsilon Pi fraternities across the globe have partnered with Gift of Life, but Joshua Rodrigues-Lahann, SSU’s chapter president, knew that SSU’s involvement was especially meaningful. A bone marrow transplant had saved the life of his fraternity brother, a bond they would share forever.

“Glen is one of my best friends. It’s hard to put into words,” Josh said. “If by swabbing my cheek I can potentially save someone’s life in the future, it’s a no-brainer.”

Before someone can become a donor, they need to match a patient’s Human Leukocyte Antigens (HLA). These antigens act as markers helping the immune system identify potential pathogens. They are responsible for regulating the immune system, which is why a bone marrow transplant is recommended for immune system disorders and blood cancers. HLA’s are found in most cells, so there are thousands of possible combinations when it comes to finding a donor. According to Gift of Life, finding a perfect match can be extremely difficult, and only 30 percent of patients have a matching donor in their family.

Enter bone marrow and blood cell registries like Gift of Life, where patients in need of transplants can hope to find matches, most of which are from the tissue typing of people sending in cheek swab kits. If a patient’s doctor appears to have a match, they will collect blood tests or additional cheek swabs to pinpoint the best match out of several potential donors. However, even with the millions of samples in the worldwide registry, some people never find a match, making the work of Alpha Epsilon Pi all the more critical. Along with their own kits, Josh and over 20 fraternity brothers collected samples from people across campus to send to Gift of Life.

“It just made a lot of sense,” Josh said, who is a fifth-year chemistry student from Dublin, California. “It feels great to contribute to something that can possibly save lives.”

Josh met Glen his sophomore year when he was looking for a place to live. A close friend told him that a group of students was looking for a roommate in a house off-campus. It was an easy choice, Josh said. On move-in day, Josh met Glen last out of all his new roommates, but he would become his closest friend. And since Josh’s new roommates were all part of Alpha Epsilon Pi, a global Jewish college fraternity that currently has over 20 SSU students, it was only a matter of time before they convinced him to rush.

“I remember Josh was on the rugby team and wasn’t interested in Greek life, but everyone he lived with now was in a fraternity,” Glen said with a laugh. “It worked out, though, because Josh and I made a lifelong friendship. Everyone in Alpha Epsilon Pi was friendly and loving. They were all accepting.”

Glen is now a four-time cancer survivor. In high school, he survived what doctors call clinical myelodysplastic syndrome, which occurs when immature blood cells in the bone marrow do not mature or become healthy blood cells. Glen said the diagnosis was due to his bone marrow transplant not being as perfect a match as his doctors believed it to be. Despite this, Glen said he’s still grateful for what the procedure has done for him and encourages everyone to join the worldwide registry.

“If you can take five minutes to swab your saliva to potentially save someone’s life, that is the best investment of time ever,” said Glen. “It’s a true act of altruism.”

While at SSU, Glen double-majored in philosophy and communications and has since gone on to earn his M.A. in parks and recreation management from Chico State. Still living in Sonoma County, Glen said he and Josh regularly communicate.

When asked if he’d be willing to donate his bone marrow if a match was found, Josh said he absolutely would. “How can you say no to saving someone’s life.”

Bone marrow donation is a simple outpatient procedure that takes about an hour to complete. A donor’s bone marrow is collected via a needle inserted through the skin at the hip bone. The needle is then rotated carefully in an alternate clockwise and counterclockwise motion until it enters the bone’s marrow cavity. A series of small aspirations pull marrow by inserting a separate syringe at the top of the needle’s T-shaped handle. Typically, donors give about one to two quarts of stem cell-rich bone marrow that can be distilled into life-saving white and red blood cells.

To learn more about becoming on the bone marrow and blood cell worldwide registry, visit Gift of Life.

Founded in 2012, the Center for Ethics, Law, and Society addresses moral and legal issues that arise in the ever modernizing world. Philosopher Peter Singer, of Time Magazine's 100 Most Influential People, is just one of many distinguished speakers featured. The Forum aims to engage with the...