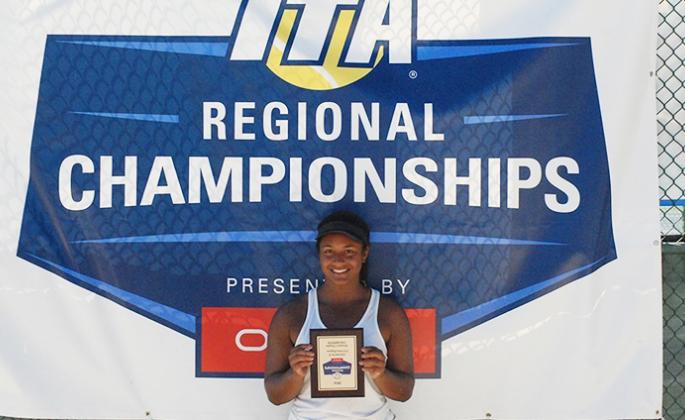 Jensyn Warren, who entered the 2016 Intercollegiate Tennis Association (ITA) Division II Fall West Regional this weekend as the No. 1 seed in singles play, proved the seeding to be true, going undefeated through the bracket and capturing the singles title, highlighting the Sonoma State women's tennis team's weekend in Azusa. Warren is the first Seawolf to capture the ITA West Regional singles title since Sara Celma brought home the hardware in 2013. Warren advances to the ITA Fall National Championships in Surprise, Arizona.

Analicia Garcia continued to tear up the dirt as she took home the individual title, crossing the finish line a minute, 36 seconds in front of her teammate and runner-up Maria Hurtado to lead the Sonoma State women's cross country team to only its second team championship and the first since 2010 at its own Sonoma State Invitational. Garcia's six-kilometer time of 21:26 was the fourth-best mark in the seven-year history of the SSU Invite.

Haley Whitbeck captured her second-straight runner-up finish of the 2016-17 season, rolling in an even-par 144 during this week's Dixie State Invitational at Sand Hollow Golf Course in Hurricane, Utah, leading the Sonoma State women's golf team to a tie for sixth place with Cal State Monterey Bay at +32 (608), 17 shots back of team champion California Baptist.

The Sonoma State men's tennis team got the 2016-17 season under way this weekend at the Intercollegiate Tennis Association (ITA) West Regional Championships in Azusa. Dylan King and Mitchel Heckman got to the second round of singles play before losing to Pascal Engel and Shepherd Newcomb, respectively, of Azusa Pacific. Max Nudell and Mitchel Heckman got to the quarterfinals of the doubles bracket before losing to Till Guttenberger and Daniel Reddmann of Concordia-Irvine 8-4.

After trailing by a score at the intermission, Eric Alvarado converted a penalty kick just as the second half started. Minutes after, Evan Roehrig netted the go-ahead goal that held up to be the game-winner 2-1 in the come-from-behind victory over Cal State San Marcos. With the victory, the Seawolves (4-2-4 overall) take sole possession of first place in the CCAA with 13 points (4-1-1 in conference play).

Despite being outshot by a margin of 16-8, including 10-3 in the first half, the Sonoma State men's soccer team held on to force a scoreless draw at UC San Diego on September 30 in La Jolla. Evan Roehrig fired a team-high three shots on goal for the Seawolves.

SSU Gets Back On Track

Katie Mohr struck on offense once again, redirecting a Miriam Bloom corner kick just eight minutes into the contest, and it would hold up to be the game-winner as the No.19 Sonoma State women's soccer team rebounded from the September 30 loss to defeat Cal State San Marcos, 1-0, on October 2 at The Cage in San Marcos. The Seawolves rise to 7-2-1 overall, extending their lead in the CCAA standings with a 5-1-0 mark in conference play.

The Sonoma State women's soccer team suffered a 2-0 loss to the nationally ranked No.8 UC San Diego, on September 30 in La Jolla, snapping its six-match win streak in the process.

In three sets of the match there were exactly zero lead changes. The Seawolves showed versatility and determination by playing tough defense and performing well across the board. Sonoma State dominated the match 25-11, 25-17, 25-17 and improved 3-2 in the CCAA.

Freshman Caiti Wiesner put up a career high 14 points against the Cal State LA Golden Eagles. However, at the end of four sets the Seawolves lost in 4 sets on September 30 in the Wolves' Den.