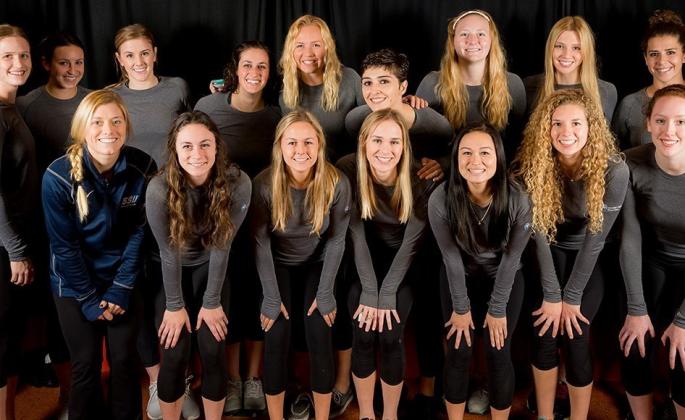 The two-time CCAA champion Sonoma State women's volleyball team will make its eighth straight appearance in the NCAA Division II Volleyball Championship Tournament. The three-day single-elimination tournament will take place at the Alaska Airlines Center in Anchorage, Alaska from Dec. 4-6. The No. 18 Seawolves (26-3) will put their 22-match win streak on the line against UC San Diego (19-11) in the first round on Dec. 4 at 1 p.m. PST. A live stream of the event can be found here.

2015 National League Manager of the Year Joe Maddon highlights an impressive group of coaches that will speak at the Sonoma State Baseball Camp and Clinic on Dec. 5 at Seawolf Diamond. In addition to the speakers, a kids camp will be held from 9- 11:45 a.m., designed for all players ages 10 and up. The camp and clinic cost $150. Register here.

The Sonoma State women's basketball team fell to the University of Wisconsin-Parkside 73-63 in the final game of the Mt. Mckinley North Star Invitational at Alaska Airlines Court on Nov. 28. Madison Burroughs lead the Seawolves with 17 points, followed by Tanner Adams' 12. The Seawolves move to 4-3 this season.

Sophomore Madison Burroughs led a quartet of Seawolves in double digits with 12 points on Nov. 27 as Sonoma State picked up a 72-69 win over Northwood University at the Mt. McKinley North Star Invitational.

Kylie Kiech scored a team-high nine points and three others scored seven, but the Sonoma State women's basketball team saw its three-game win streak come to an end with a 76-61 loss to host Alaska on Nov. 26 as part of the North Star Invitational in Fairbanks, Alaska.