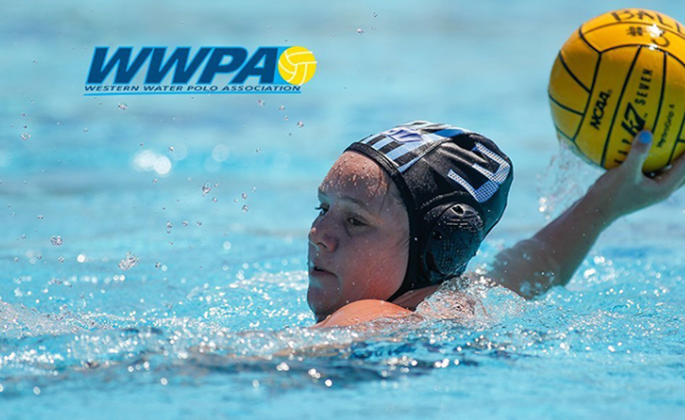 Carleigh Robinson Tabbed as KAP7 WWPA Player of the Week

Sonoma State senior Carleigh Robinson has been selected as the KAP7 Western Water Polo Association (WWPA) Women's Player of the Week for the week of Jan. 23-29, on Feb. 1 by the conference office. Robinson, a native of Temecula, California, led the Seawolves to a convincing 11-5 victory over WWPA-rival Cal State Monterey Bay on Jan. 27, scoring four goals and recording one steal. It was Sonoma's first win of the year.

Carleigh Robinson combined to score seven goals in two games on Feb. 4, leading the Sonoma State women's water polo team to a 10-8 victory over Fresno Pacific before taking Santa Clara to the wire in a narrow 8-7 loss to end the day at the Sullivan Aquatic Center in Santa Clara. The Seawolves move to 2-5 on the season.

Lindsey Calcany-Blair went 2 for 2 with a pair of RBI, Jenny Collazo brought in two runs and Gabby Dupree earned her first-career complete game shutout, allowing five hits and striking out five as the Sonoma State softball team notched a 7-0 victory over Western New Mexico on Feb. 5 to wrap up a 4-1 weekend at the MSUB Desert Stinger Tournament.

Softball Wins One, Loses One on Day Two in Las Vegas

Lindsey Calcany-Blair recorded four RBI in the two games combined and Jordann White hit a home run for the second time as the Sonoma State softball team split a pair of games Feb. 4 on day two of the MSUB Desert Stinger Tournament in Las Vegas.

Softball Opens Season With a Bang in Las Vegas

Malory Masajlo went 4 for 6 with five RBI, Sarah Langley went 5 for 8 with two RBI and Jordann White blasted a go-ahead two-run home run in the second game of the day that eventually held up as the difference as the Sonoma State softball team opened the 2017 season with a pair of wins, a 19-12 thrashing of Montana State

Nathan Molony-Benjamin was able to provide a spark off the bench on both ends of the court on Feb. 5, tallying 11 points, six rebounds, and three blocks to help lead the Sonoma State men's basketball team to a 56-47 win over the Warriors of Stanislaus State. The Seawolves move to 15-5 and have won four straight games to jump into a tie for second place in the CCAA standings behind UC San Diego for the top spot.

Seawolves Crush No. 20 Chico in Front of Sell Out Crowd

Three Sonoma State men's basketball players scored in double-figures, including a game-high 18 points from Jimmy Golden, in a dominating 66-50 win over No. 20 Chico State in front of a raucous sellout crowd on Feb. 3 night in the Grand Re-Opening of The Wolves' Den. The 2,080 fans in attendance sparked an emotionally-charged victory that featured excellent shooting and stout defense.

Sonoma State succumbed to Stanislaus State on Feb. 4, 52-46 in the Wolves' Den. Sonoma now sits with a 6-8 record in the CCAA and 10-10 on the season. Jessica Mitz was a team leader in rebounds with five, three steals, and 12 points going 4 for 7 from the field in the fourth quarter alone and 6 for 12 on the game.

The Seawolves lost in overtime against rival Chico State on Feb. 3 in the Wolves' Den. The top scorers for the Seawolves were Madison Burroughs with 14 points, Kylie Kiech with 13 points, and Carly Gill with 12 points.

The Sonoma State women's tennis team was shutout 7-0 by NCAA Division I UC Davis at the Marya Welch Tennis Center on Feb. 5 to officially open the season 0-1. Highlighting the match was Karlee Budge in singles play, who forced Aggie Kamila Kecki into a tiebreaker in the opening set at No. 6, only to fall 7-6 (7-5) before suffering a 6-4 loss in the second set to clinch the UCD win.

As Mother Nature continues to bring California out of the drought that had plagued much of the state for the past couple of years, it has already forced the postponement and cancellation of several spring sports games since the start of February. Feb. 7's non-conference game at home against Holy Names has been relocated to Santa Rosa JC. The start time remains at 1:00 p.m. weather permitting. Feb. 8's non-conference game at San Francisco State has been cancelled. Instead, the Seawolves and Gators will play a single game on Feb. 9 at Santa Rosa JC, also weather permitting. First pitch is scheduled for 2:00 pm.