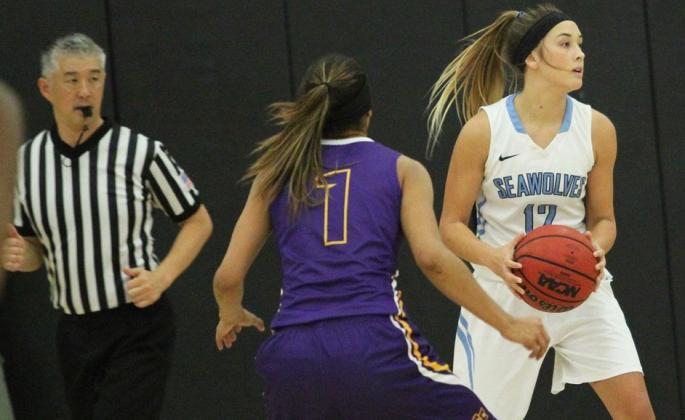 Kylie Kiech scored 26 points, the most of any player in the Sonoma State women's basketball program since 2007-08 season on Dec. 17 against the Wildcats. But it wasn't enough, as the Seawolves fell to Chico State 71-65. The Seawolves fall 6-3 overall and 2-2 in CCAA play.

Jimmy Golden had a team-high 13 points for Sonoma State in a high-intensity defensive battle against Chico State in which the Seawolves lost 53-50 on Dec. 17 at Acker Gymnasium in Chico. The Seawolves fall to 6-4 on the year and 2-2 in conference play after a would-be game tying three by Jackson Gion was waved off at the buzzer.

Former Sonoma State baseball student-athlete Jeff Tudor, who played on the team from 1989-94, became the youngest Police Chief in San Leandro, California history when he was sworn in on December 1st, 2016. Jeff received his Bachelor of Arts degree in communications from SSU and was a member of the baseball team from 1989-1994; he was a part of three championship teams during that span. During his senior season, Jeff hit .300 with an on-base percentage of .395 and a slugging average of .357.  He was chosen as a member of the All-Conference Baseball team at the end of his senior year.

The Seawolves clobbered the Silverswords of Chaminade University, 9-0, on Feb. 18. Sonoma rises to 3-3 overall. In singles play, Chaminade claimed only 3 matches against the Seawolves. Jennifer Kingsley, Jenna...