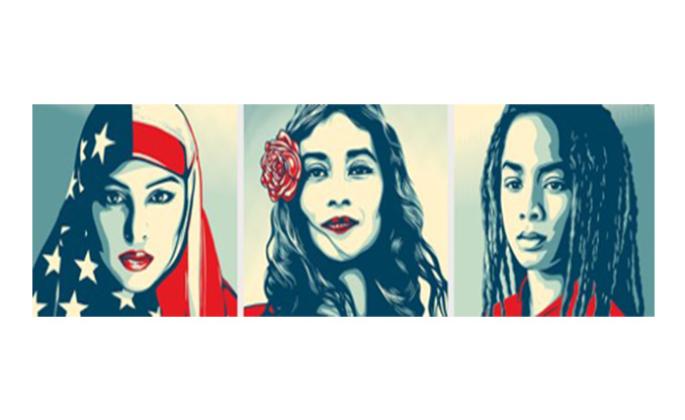 New York Times columnist and political commentator Charles M. Blow will give the keynote address on Tuesday, Feb. 26 at the Green Music Center. Additional keynote speakers include author Penny Rosenwasser and citizen journalist Abby Martin. “Social Justice Week” is sponsored by the Sociology Social Justice and Activism Club and is free and open to the public.

Performances include actor Roger Guenveur Smith’s acclaimed monologue about slavery and modern-day racism “Frederick Douglas Now” and pianist Damien Sneed’s musical performance “We Shall Overcome” inspired by the words and actions of Dr. Martin Luther King Jr. Issues such as police brutality, minimum wage and the #MeToo movement will be touched on by organizations including the Police Brutality Coalition, North Bay Jobs with Justice and SSU professors.

“This annual event highlights the importance of human rights by providing a week of organized sessions for local activists to meet and engage the SSU community,” said Peter Phillips, professor of sociology.

Cosponsored by Associated Students, Project Censored, multiple departments on campus and others, “Social Justice Week” will kick off with a welcome by President Judy K. Sakaki at noon on Monday, Feb. 25. All events will be held in the Student Center Ballroom A, with a $5 per day donation to the Sociology Social Justice Club accepted at the door. Parking at all Sonoma State lots is $5 to $8. For a full list of events, see below.

All events in Student Center Ballroom A, unless otherwise noted

1-2 p.m. | Michael Nagler: Metta Center for Nonviolence: The Time is Now—"Nonviolence is the greatest force at the disposal of humanity." - Gandhi

7-9 p.m. | Keynote Speaker: Penny Rosenwasser: Author, Jewish women choosing justice despite our fears. In these perilous times of rising anti-Semitism and racism, deportation of immigrants, Islamophobia, misogyny, and transphobia, Penny’s words are an activist’s call to heal the world! Her interactive talk about her book,"Hope into Practice, Jewish women choosing justice despite our fears," is full of stories linking personal healing with social justice.

10-11:30 a.m. | Henry Kaku: It could Happen Again: The Incarceration of American Citizens because of fear and ignorance, US Citizens Jailed in Concentration Camps by Presidential Order- 1941

11:30-12:30 p.m. | Linda Sartor- Author: Turning Fear into Power: Stories that Inspire Following your Heart Even When Fear is Present

2-4 p.m. | Alicia Jrapko, U.S. Coordinator of the International Committee for Peace, Justice and Dignity and co-chair of the National Network on Cuba: What to Expect with U.S./Cuba Relations in the Trump Era, and Antonio Jose Cordero, General Consul of Venezuela in San Francisco: Venezuela-what the US corporate media doesn’t want you to know.

4-6:30 p.m. | Gene Mendoza: The Path of Quetzalcoatl A message from the past, for the present and future; the transcendence of consciousness.

7-9 p.m. | Yosimar Reyes, nationally-acclaimed poet and public speaker, born in Guerrero, Mexico, and raised in Eastside San Jose, Reyes explores the themes of migration and sexuality in his work. The Advocate named Reyes one of "13 LGBT Latinos Changing the World.” Yosimar is a LAMBDA Literary Fellow as well as the recipient of the Undocupoets Fellowship.

7:30 p.m. | Schroeder Hall | Roger Guenveur Smith: Frederick Douglass Now: An internationally acclaimed solo performance, and a work the Los Angeles Times calls “a personal benchmark for this remarkable artist.” Smith delivers a monologue that mixes Douglass' 19th-century editorials, speeches, and letters with his own original writing. Standing in front of an American flag and using poetry, music, and rap, Smith riffs on not only slavery but modern-day racism, blurring the lines between history and right now. (Tickets)

In addition to the two screenings and in celebration of the 30th anniversary of Spike Lee’s iconic 1989 film, a roundtable discussion featuring Roger Guenveur Smith will take place on Saturday, March 2, from 10 am-3pm in the Student Center, and is free and open to all. Smith, who played Smiley in the film, will also participate in a post screening discussion March 1, and will preform his one-man play Frederick Douglas Now in Schroeder Hall on March 3 at 7:00 PM.