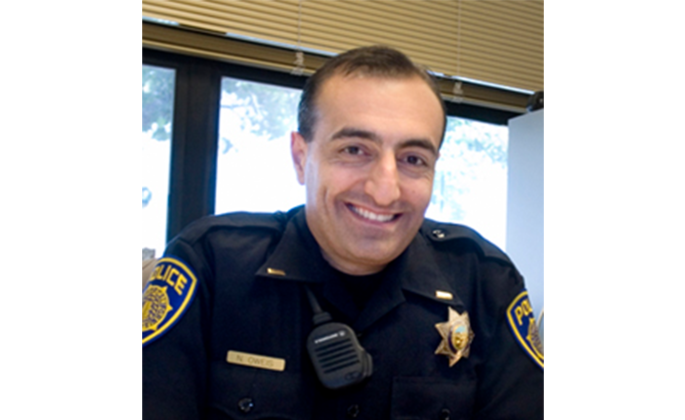 Sonoma State University is excited to announce Nader Oweis will be joining our Seawolf community as our new Chief of Police. Chief Oweis will be leading our dedicated team of 12 sworn police officers, providing a safe campus environment and fostering community engagement. Mr. Oweis brings to this position 26 years of campus law enforcement experience. He currently serves as Chief of Police at the University of California, Santa Cruz, where he leads a team of sworn and civilian personnel serving the campus community. In addition, Chief Oweis was recently selected as the University of California (UC) Coordinator of Police Services. This position entails coordinating the Council of Police Chiefs who serve each of the UC’s 10 campuses and has a dotted line report to the Vice President/Chief Operating Officer at the Office of the President and liaises with UC Regents on police-related matters.

Prior to becoming Chief of Police at UC Santa Cruz, he served at the UC Davis Police Department where he began as a student employee and rose to the rank of Lieutenant. Throughout his career, he has promoted and embodied community-oriented policing and problem-solving principles, and like Sonoma State University Police, has embraced the 6 tenets of President Obama’s 21st-Century Policing Task Force, assuring policies, procedures, and training aligned with task force recommendations.

Mr. Oweis is excited to be returning to Sonoma County. He grew up in this area and has family who live in Petaluma. He has spent many relaxing hours on the SSU campus, and enjoying concerts at the Green Music Center. In his own words, he feels like he “grew up on campus and SSU is like home.”

Sonoma State University is fortunate to have Chief Oweis join the team. He is exceptionally well suited to the position with demonstrated ability to successfully navigate the complex environment of university policing. His extensive understanding and implementation of 21st-Century Policing at UC Santa Cruz will serve SSU well.

Chief Oweis holds a M.S. in Higher Education from Drexel University, a B.S. in Agriculture and Managerial Economics from UC Davis, and has completed certificate programs at Harvard University and UC Davis Extension. We look forward to welcoming Nader Oweis to the campus in early December.

Frequently Asked Questions can be found by visiting the FAQ page.