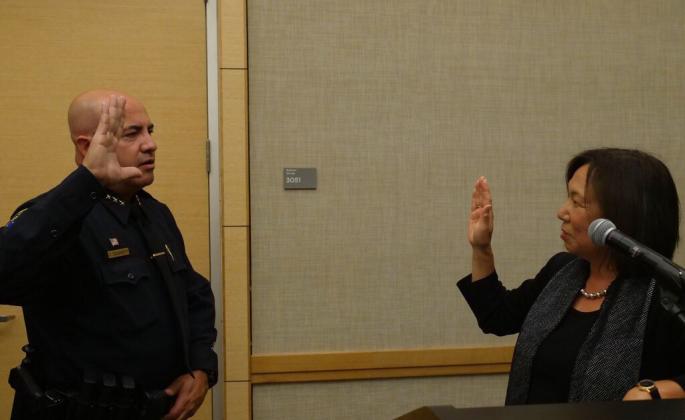 David Dougherty recites the oath from President Judy K. Sakaki to be sworn in as Sonoma State's new chief of police // Francisco Carbajal 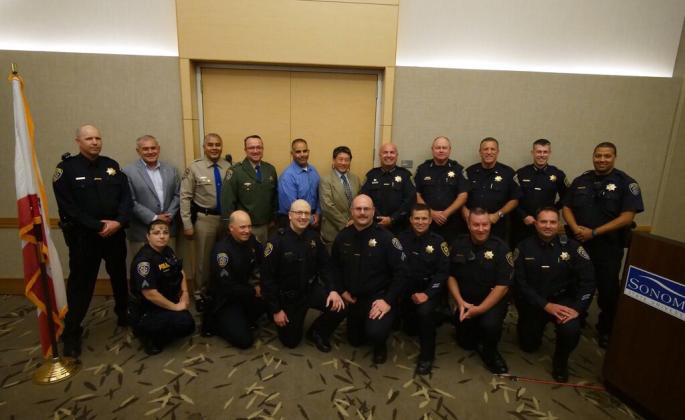 Representatives from surrounding cities, CSU's and UC's were in attendance to congratulate Dougherty on his new position // Francisco Carbajal 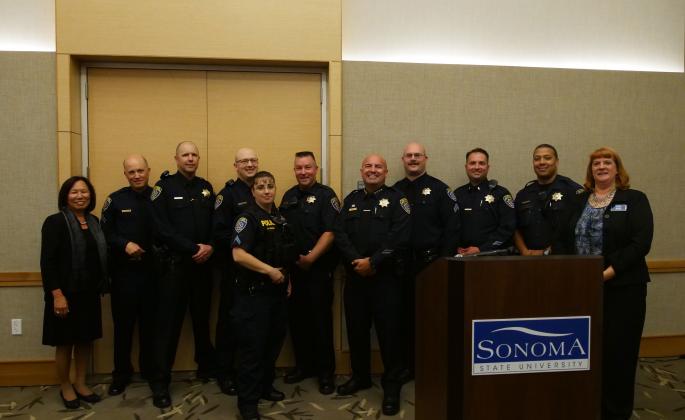 The chief with President Sakaki, Joyce Lopes, Vice President for Administration and Finance/CFO and his fellow SSU officers// Photo by Francisco Carbajal 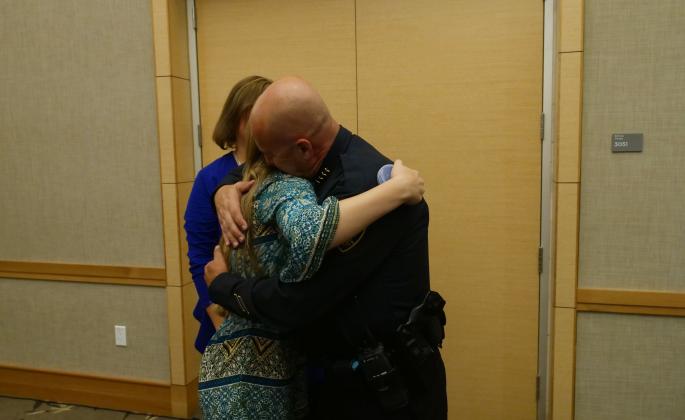 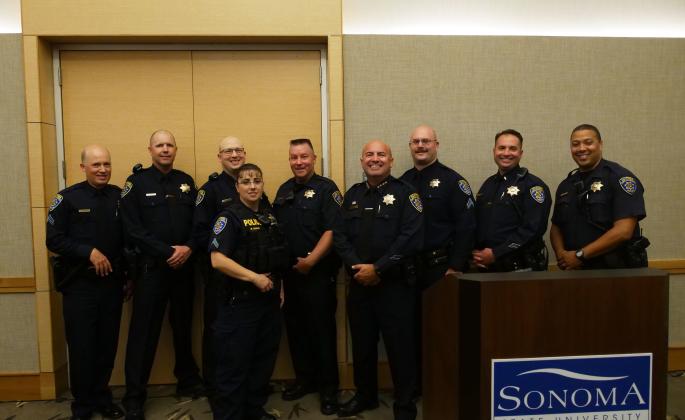 The chief with his SSU officers // Photo by Francisco Carbajal

(ROHNERT PARK) David B. Dougherty, a 13-year veteran of the Sonoma State Police Department, was officially sworn in Thursday as the university’s new police chief, overseeing a department of 14 sworn officers who provide police protection 24 hours a day, seven days a week for the college. Dougherty, who had served as SSU’s interim chief since May 2016, was officially named to the position by President Judy K. Sakaki last month.

“Every day Chief Dougherty has shown that he takes his leadership responsibilities seriously,” said Sakaki, who administered the oath of office during a ceremony at the SSU Student Center. “He has never waivered from his focus on our students, campus community and our safety and security, and as members of the community David serves, we are fortunate that today he assumes a new permanent role as Sonoma State’s new chief of police.”

Along with Dougherty’s family and friends, police representatives from numerous California State University campuses and surrounding communities were in attendance along with members of the President’s Cabinet including Provost Lisa Vollendorf and Joyce Lopes, vice president of administration and finance and the campus’ chief financial officer.

“This is a wonderful opportunity to serve as Chief, and I am truly honored and humbled,” said Dougherty, “But it really isn’t about me. It is about everyone who supported me. It truly does take a village to raise a police chief. Better yet, it takes a community.”

Dougherty’s experience includes eight years of working in management within the civilian private sector. He has served Sonoma State with distinction as a law professional since 2005. A former captain within the campus police department, Dougherty will lead the largest campus based police force in Sonoma County. He and his department will oversee a university that is 270 acres in size and, during weekdays, becomes the fifth largest city in the county, with nearly 10,000 students and more than 1,500 faculty and staff members.

“We have many challenges ahead of us. But, I see these challenges as opportunities. Opportunities to work together, as we provide our community with a safe place to learn, live, work and visit,” said Dougherty.

The California State University Board of Trustees has ratified a multi-year collective bargaining agreement with the California Faculty Association (CFA). Under the agreement, all faculty unit employees will receive 10.5 percent in general salary increases over a three-year period (fiscal years...