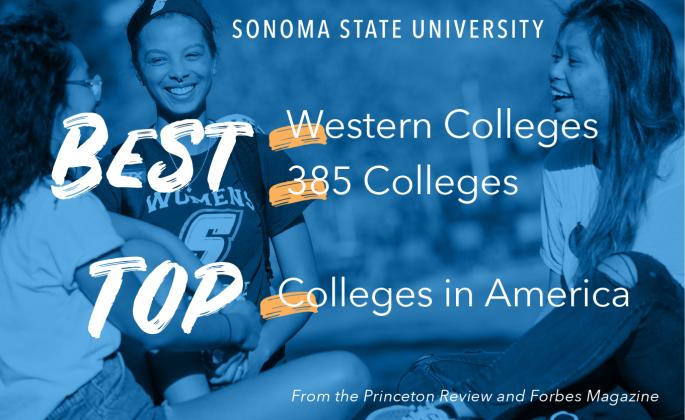 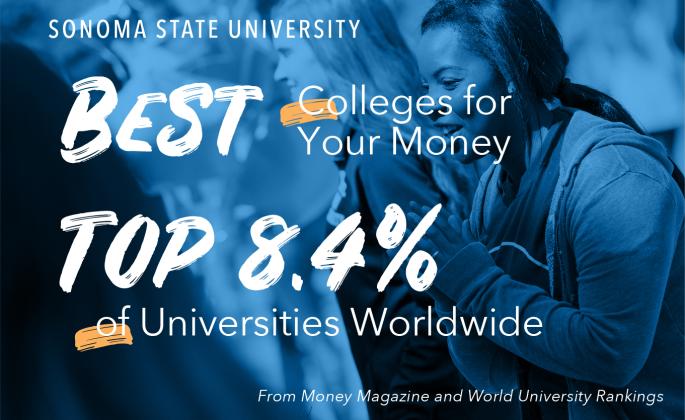 Meanwhile, for the fifth year in a row, the Princeton Review has placed Sonoma State in its “Best 385 Colleges” list for 2020 and named the university as one of the “Best Western” colleges for the second time. Using data from 140,000 student surveys from across the country, the Princeton Review compiled its list based on a number of criteria, including academics, quality of life and extracurriculars. SSU represented the CSU in the “best colleges” list alongside Cal State Stanislaus and San Diego State.

“These rankings validate all the hard work of our faculty, staff and students in putting academic excellence, innovation and student success at the forefront of all that we do and all that we are," said Sonoma State President Judy K. Sakaki. "I can't think of better news to help us celebrate the start of a new semester."

Sonoma State also has received a favorable ranking compared to universities around the world, according to the Center for World University Rankings. Sonoma State ranked “in the top 8.4 percent” of the more than 20,000 universities worldwide in the World University Rankings for 2019-20. The rankings were compiled based on quality of education, alumni employment, quality of faculty and research performance.

The California State University Board of Trustees has ratified a multi-year collective bargaining agreement with the California Faculty Association (CFA). Under the agreement, all faculty unit employees will receive 10.5 percent in general salary increases over a three-year period (fiscal years...