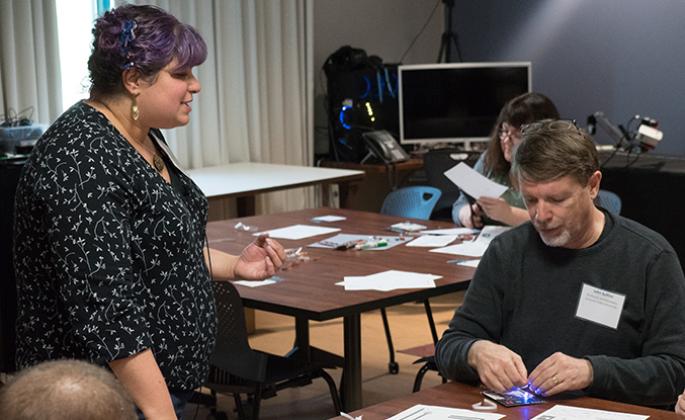 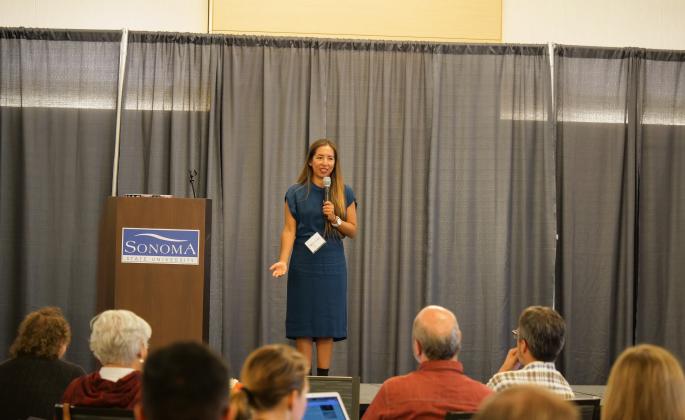 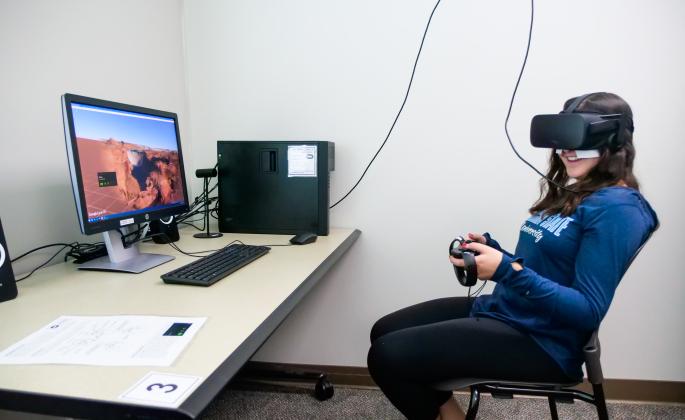 A student uses a virtual reality headset in the VITaL lab located within Sonoma State's Makerspace.

Sonoma State will host over a hundred faculty, staff and administrators from across the California State University system starting Thursday to promote the use of makerspaces on college campuses. This year, the gathering will feature how wearable technology coincides with the maker movement.

The second annual CSU Maker Convening will have practical hands-on workshops and presentations about designing, managing and funding makerspaces.

“The second convening promises to again be a fabulous event,” said Karen Schneider, dean of the Sonoma State University Library. “For the first time we’re seeing fashion and wearables in our program lineup.”

The convening will feature three keynote speakers with a plethora of experience in wearable technology and the maker movement. The speakers include Sherry Huss, co-founder of Maker Faire, a global event where all-ages of tech enthusiasts, students, educators and creators come to show what they’ve made and share what they’ve learned. Katie Vega is an assistant professor at the Department of Design at UC Davis whose research interests include wearable technologies, interactive tattoos, beauty technology and skin interfaces. Her work has been featured by New Scientist, Wired, Discovery, CNN and others. The third keynote speaker will be Sahrye Cohen, founder and chief designer of the San Francisco-based tech couture design group, Amped Atelier which has been featured on runways in San Francisco, Calgary and for Fashion Week in Xiamin, China.

Schneider said the convening is part of a CSU-wide maker movement supported in part through support from a grant from Chevron. The Chevron grant annually has funded CSU Pathways to STEM, a co-initiative, she said. Schneider added that SSU will be awarded another grant from Chevron for 2019-2020.

The two-day event will begin on Thursday May 30 from noon to 5 p.m. The workshops and presentations will be held in the Student Center ballrooms as well as the Sonoma State Makerspace on the 2nd floor of the Schulz and Charles Information Center and Library. For more information on the convening, the speakers and the event schedule, visit Make@SSU.