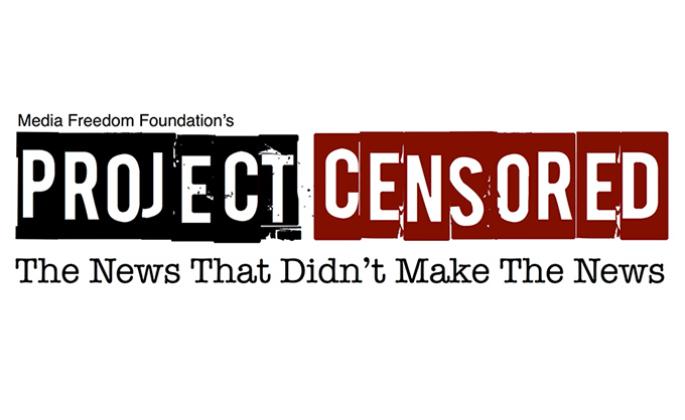 Project Censored Director Mickey Huff is scheduled to give a keynote speech about "fake news" on Tuesday, Apr. 4 in the Student Center Ballrooms as part of the third annual Social Justice Week at Sonoma State University. The annual conference this year features 30 free events including lectures, film screenings, panel discussions and more scheduled on the Sonoma State campus April 3-7.

"The idea of fake news is not new," says Huff, chair of the History Department at Diablo Valley College and director of the nonprofit Project Censored. "Project Censored has been saying for 40 years now that corporate media is not giving us the full story."

Part of this talk will focus on what he calls the "weaponization of language" and how the term "fake news" itself is now being used as propaganda. "'Fake news' has many definitions over the years, up to the recent definition as a weapon by President Trump to shout over the lectern at the media," says Huff.

Huff says he will present ways to verify if a story is true, or how much of it is true. "What we're getting into here is news literacy, and we're trying to remind people there are some checklists you can use for information integrity," he says.

Gloria La Riva received 100,000 votes in California in the 2016 election. She has run for president twice as the candidate for the Peace and Freedom Party and twice for the Party for Socialism and Liberation She speaks about challenging Fascism and Imperialism on Wednesday, Apr. 5 at 7 p.m. in Stevenson 1002.

Speakers at Social Justice Week in previous years have included author David Talbot, Code Pink co-founder Medea Benjamin, artist and former Black Panther Party member Mama Charlotte Hill O'Neal and many others. The conference has been organized for the past three years by Sonoma State's Social Justice and Activism Club.

Project Censored was founded at Sonoma State University in 1976 by Dr. Carl Jensen as a media research program with a focus on student development of media literacy and critical thinking skills as applied to the news media censorship in the United States. Each year the organization researches, vets and compiles the top 25 most censored and under-reported news stories in the country and offers scholarly analysis and critiques for an annual book published by Seven Stories Press.

Since its founding, Project Censored has trained over 2,500 students in media literacy and has received numerous honors, including two Firecracker Alternative Book Awards, the 2008 PEN Oakland National Literary Censorship Award, and in 2013 became part of the National Coalition Against Censorship.

2:30 p.m.: "Sonoma County Law Enforcement in the Time of Trump and What It Means for You," Police Brutality Coalition

3 p.m.: "Stories That Inspire Following Your Heart Even When Fear is Present," Linda Sartor, author of "Turning Fear into Power"

Admission to all Social Justice Week events is free, donations are accepted. Parking is $5-$8 on campus. For more information, visit projectcensored.org.

Sonoma State University will host its annual Social Justice Week March 5-9, with almost 40 hours of lectures, panels, films and activities, on topics ranging from law enforcement and the community to understanding sexual violence. Keynote speakers include political activist Ralph Nader and the...