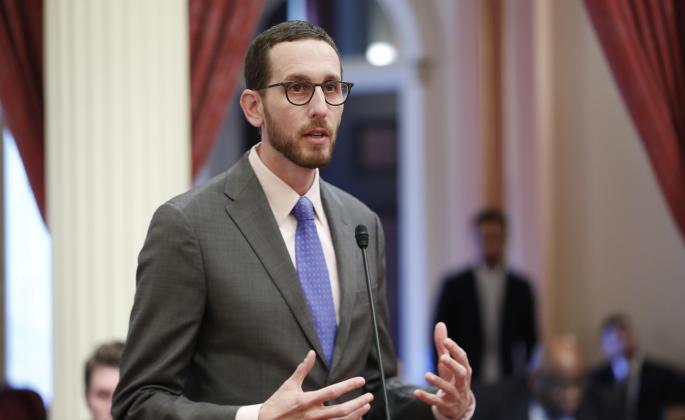 A gay man, Senator Wiener has dedicated much of his life to supporting the LGBTQ community, going back to 1990, when he came out in the middle of the AIDS crisis as a college student in North Carolina. Titled “Being out in Government,” the forum will cover the challenges and joys of being a queer person in government.

Living in San Francisco’s Castro neighborhood since 1997, Senator Wiener is the immediate past Chair of the California Legislative LGBTQ Caucus and previously served as co-chair of the San Francisco LGBT Community Center and was on the national Board of Directors of the Human Rights Campaign. In the Senate, he has authored countless bills that safeguard and expand the rights of all communities, including the LGBTQ community.

Before taking public office, Senator Wiener practiced law for fifteen years, including nearly a decade as a Deputy City Attorney in the San Francisco City Attorney’s Office. Before his election to the Senate, Senator Wiener served as a member of the San Francisco Board of Supervisors, representing the district previously represented by Harvey Milk.

The forum is at noon on Friday, November 5. Use Sonoma State’s Zoom link to join.

Justice for George Floyd's Family: A message from Chancellor Joseph I. Castro
April 20, 2021

I am writing today with regard to the verdict in the trial of former Minneapolis police officer Derek Chauvin. Like so many others, I am relieved that the jury found Mr. Chauvin guilty on all counts, and I hope this action will provide George Floyd's family with some...