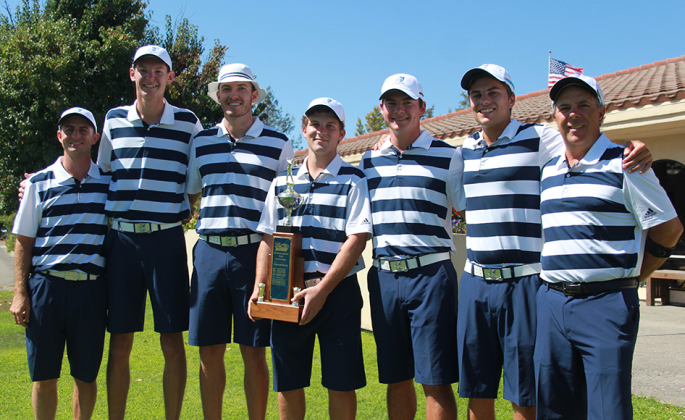 The tournament was awesome," said head coach Val Verhunce. "The guys played exceptionally well that first round. Blake Bourelle was an exceptional key to our lineup this weekend and I hope for the continuing season."

Bourelle, a junior transfer from Taft Junior College, stole the show for the Seawolves, shooting the second-lowest round of the tournament.

"He won his first tournament he played in Division II golf which says a lot," added Verhunce. "It's not easy to do-and with only four players fielding the team and having to count all four scores there's a lot of pressure on a lot of the guys and they just came through like champs."

As a team, the Seawolves combined for a one-under-par 863 performance in the 54-hole tournament.

"They did great. We're very excited to start the season with a win and hopefully we'll keep it rolling."

The Seawolves return to action on Oct. 15-16 when they travel to Hurricane, Utah for Dixie State's Regional Preview at Sand Hollow Resort.

The Sonoma State women's tennis team wrapped up the 2015 regular season with a 9-0 victory over Holy Names in Oakland on Sunday morning, matching last...