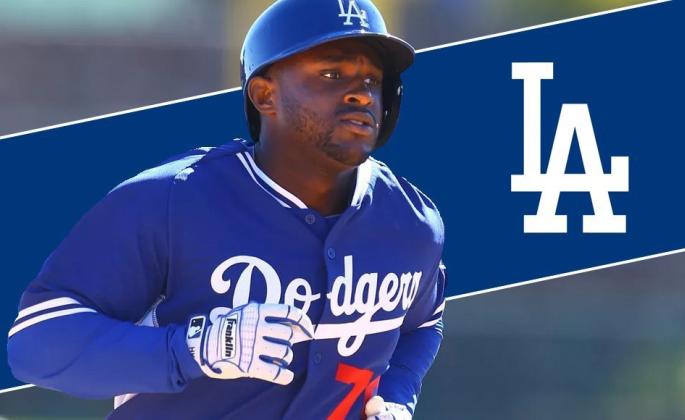 Dickson becomes the fifth former Sonoma State baseball student-athlete to appear on a major league roster.  It is also the first time in Sonoma State history that two former players reside on an MLB roster concurrently; Scott Alexander, who played for the Seawolves in 2010, is a member of the Kansas City Royals' 40-man roster.

For Dickson, it's been a long time coming. A San Francisco native, Dickson was drafted by the Dodgers in round 12 of the 2011 draft from SSU. Drafted as an outfielder, Dickson has shown he can also play first base.

Last season was particularly impressive for Dickson. He spent a portion of the season on the disabled list despite not being injured, which led to some frustration. He retooled his swing, though, and finished the year with a .328 average and .596 slugging percentage.

This season, Dickson drove in 76 runs and walked 44 times. His strikeouts were up at 97, compared to 64 the previous year.

Both Dickson and Alexander are accompanied on that exclusive list of former SSU ball players to play at the MLB level by Marshall Brant (1972-74), who played for New York Yankees in 1980-81 and for the Oakland Athletics in 1983.  Most recently, pitcher Daniel Barone (2004) broke into the big leagues with the Florida Marlins in 2007 and Tommy Everidge (2002-04) spent time with the Oakland Athletics in 2009.