Rwandan Ambassador to U.S. among speakers in Holocaust and Genocide Lecture Series 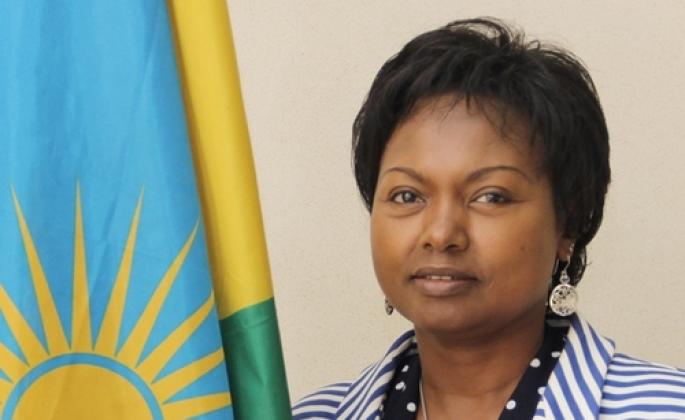 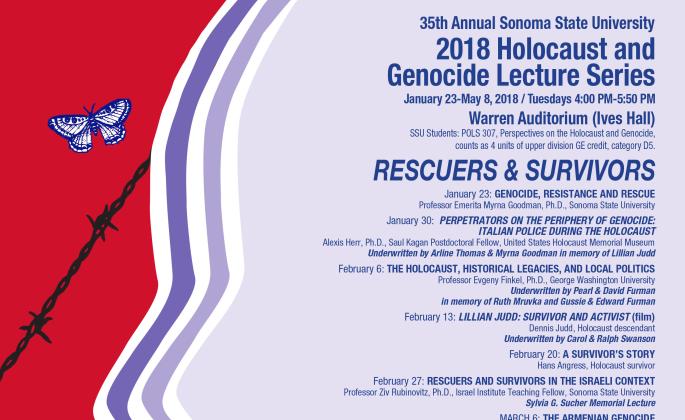 The series, which starts Tuesday, Jan. 23, features cautionary tales of international genocide throughout history, survivor stories and visiting lecturers from around the nation. This year marks the 35th anniversary of the nationally acclaimed series.

The semester-long series features talks from Holocaust survivors, rescuers and scholars, offering audiences first-hand accounts of the brutality of these tragic events throughout the years.

This year's theme is "Rescuers and Survivors." The opening lecture is “Genocide, Resistance and Rescue,” by Sonoma State Professor Emerita Myrna Goodman, at 4 p.m. Tuesday. Other speakers include scholars from several universities.

On May 8 the Rwandan Genocide will be the focus, with speakers Mathilde Mukantabana, Rwandan Ambassador to the United States; Simon Mudahogora, genocide survivor; and Ndahiro Bazimya, a genocide descendant

Lectures are on Tuesdays, 4-5:50 p.m. in Warren Auditorium in Ives Hall at Sonoma State, unless otherwise noted. Admission is free and parking is $5-$8. For the full schedule of the series visit http://web.sonoma.edu/holocaust/

About the Holocaust and Genocide Lecture Series