Professor and Student to Speak at Congressional Briefings on Welfare and Poverty Policy in Washington D.C.
November 28, 2011 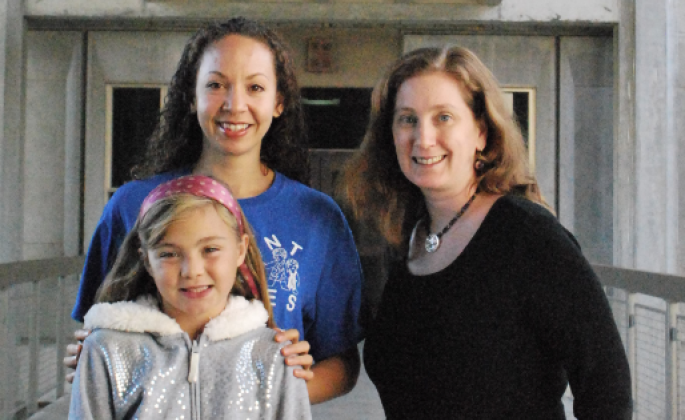 Hear the KRCB podcast of NorthBay Report for more on this effort http://krcb.org/201111222381/north-bay-report/education-and-poverty.

A Sonoma State University sociology professor and a student who is pulling herself out of poverty through education will be part of a Congressional briefing on welfare reform on Friday, Dec. 2 from 2:30-4 p.m. in the Capitol Visitors Center Congressional auditorium in Washington, D.C.

Sociology Professor Sheila Katz and SSU student Kristel England are joining low-income mothers from five other states, part of the Women for Economic Justice (WEJ) coalition, to bring the perspective of low-income families to the national policy debate.

The briefing will publicize how Temporary Assistance for Needy Families (TANF), which needs to reauthorized or it will expire at the end of the year, can create pathways out of poverty for their families, specifically by creating access to higher education, career-track employment, and affordable child care.

Both Katz and England will show how higher education is a strong and enduring resource for mothers on welfare.

In the briefing, entitled "Building Economic Security for Families in Crisis through Education, Employment and Childcare," low-income women are joining forces with policy researchers to illuminate long-standing problems with the TANF program that have been exacerbated by the national economic recession.

What makes the WEJ briefing unique is that alongside the research presentations, it will feature the testimony of low-income mothers like England who have direct experience in the welfare system.

Their testimony will provide members of Congress with a crucial perspective on how they can strengthen the nation's safety net, while creating pathways out of poverty for low-income women and their families.

The WEJ coalition is a national network of grassroots, low-income women led organizations working to end poverty under TANF reauthorization and to achieve economic justice for low-income women, their families, and communities.

"This is a daunting but empowering experience." Her qualitative longitudinal research shows how the current economic crisis affect the well being of families whose mothers pursued higher education while on welfare.

Her findings indicate that bachelor's degrees are most effective for single mothers to find career-track employment at wages that support a family, and help families better survive economic recessions.

Katz has worked with one of the lead WEJ organizations, Low-Income Families' Empowerment through Education (LIFETIME), for over 8 years on poverty policy and research.

England is a passionate advocate for strong childcare policies as she has benefited from them as a single mother on welfare who is attending SSU with eventual plans to earn a Ph.D.

"Affordable childcare creates access to prosperity," she says. She successfully testified in Sacramento for the Sonoma chapter of the advocacy group Parent's Voices when Stage 3 childcare provisions were threatened by the Governor's veto.

England is also working on her senior thesis, through the McNair Scholar program with Dr. Katz as her mentor, on this issue. Her thesis explores how access to affordable high-quality childcare can be expanded for low-income families, especially those coming off welfare.

TANF was first created in 1996 in the context of a strong economy and record rates of job growth. The 1996 welfare reform emphasized a 'work first' approach aimed to reduce caseloads and move families quickly into work, without addressing the condition of low-wage workers in America.

As a result, the welfare caseloads dropped dramatically, but the poverty rate did not fall. Under the current recession, welfare rolls are rising for the first time in TANF's fifteen year history, the poverty rate is at its highest level in 14 years, and the unemployment rate for single mothers has doubled to a 25-year high.

Katz's research finds that higher education does increase welfare mothers' chances of economic stability even in times of economic recession, especially for those who graduated with Bachelor's degree.

"As TANF sets to expire on Dec. 31, 2011, it will be crucial to examine the importance of higher education and training opportunities, subsidized jobs and child care in helping low-income families get off welfare and out of poverty - for good," says Katz.

If a professor teaches outside Sonoma State, it is often in summer school programs or day camps. When Elaine Leeder isn't being a dean or teaching sociology at SSU she teaches in San Quentin State Prison. She writes about her experiences there in her new book, My Life with Lifers, Lessons for a...