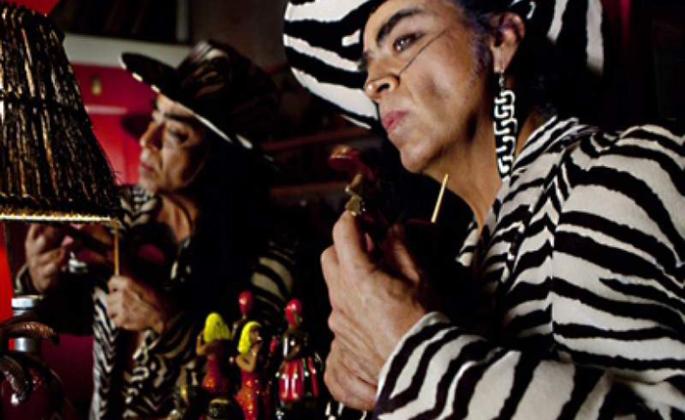 Guillermo Gómez-Peña, a performing artist and self-proclaimed reverse anthropologist and nomadic provocateur performs May 6 in Weill Hall at Sonoma State University's Green Music Center in a performance titled "Imaginary Activism: The Role of the Artist Beyond the Art World."

"This event is a unique opportunity to explore the work of a MacArthur-winning artist and to engage with provocative questions regarding performance as activism," says Patricia Kim-Rajal, chair of Sonoma State's Chicano and Latino studies department.

In his performances, Gómez-Peña displays many different forms of self-expression and transforms activism into an art. He combines poetry, digital art, video and photography to create performance activism. By doing so, he pushes the boundaries of society by confronting issues of culture, race and sexuality, and their respective stereotypes.

Originally born in Mexico City, Gómez-Peña moved to the U.S. in 1978. In 2012 he was named the Samuel Hoi Fellow by United States Artists. Gómez-Peña continuously debates on issues such as diversity, border culture and relations between the United States and Mexico.

In his 7 p.m. performance on May 6 in Weill Hall, Gómez-Peña will address citizenship and theatrical performances of postcolonial theory.

This performance is presented by Sonoma State's Chicano and Latino studies department. Tickets are free for Sonoma State students, faculty and staff, and $10 for community members.

Parents and supporters of the 43 Ayotzinapa students kidnapped and disappeared in Iguala, Mexico last September are holding a press conference at noon, followed by a public forum at 12:30 p.m. on April 7 in the Student Center Ballroom C. The event is sponsored by the Chicano and Latino Studies...

Bring your lunch and come hear James Joseph Dean, Sociology, speak on his work "From 'Normal' to Heterosexual: The Historical Construction of Heterosexual Masculinities and Heterosexual Femininities" at the School of Social Sciences Brown Bag Tuesday, Feb. 28, Noon - 1p.m. in Stev 2011.