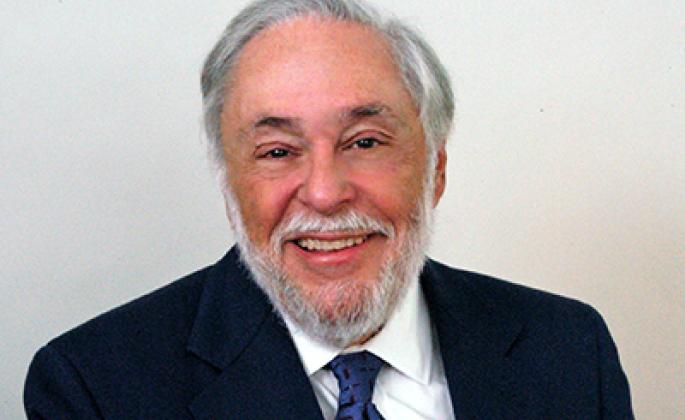 Sonoma State University President Ruben Armiñana announced today his decision to retire at the end of the 2015-16 academic year. The announcement was made during the annual university convocation on campus. Armiñana is the longest seated president in the CSU system, and will have served 24 years by his retirement.

"It has been a privilege to have stewarded Sonoma State University for these years," Armiñana said in his convocation address. "I believe with the assistance and leadership of many of you here and some who have previously retired, SSU has been transformed and is a jewel not only in the California State University but in higher education."

Armiñana came to Sonoma State on the cusp of one of California's crippling budget crises. At the time, the university was relatively isolated from the local community, and was primarily a commuter and re-entry student campus.

"Through President Armiñana's dedication, leadership and vision, Sonoma State has become a high-demand destination campus boasting an array of signature programs and iconic facilities including the renowned Green Music Center," said CSU Chancellor Timothy P. White. "President Armiñana has left an indelible mark on the campus and greater community. His focus on respect, civility and collaboration--coupled with his unwavering commitment to students--has fostered an intimate caring culture at Sonoma State where the entire campus community works together to create a positive learning experience for students."

Under Armiñana's leadership, the university has experienced an increase in private donor investment, the number of students who apply, academic reputation, and partnerships with businesses and public institutions in the North Bay region and beyond. He also renewed the campus' commitment to diversity through the creation of the President's Diversity Council and multiple other initiatives.

During his tenure, Sonoma State became a major contributor to the North Bay workforce. The campus launched the Wine Business Institute, the Engineering Science program, the Environmental Studies and Planning Department, and the Executive MBA program, all of which prepared students for 21st-century careers, especially in the San Francisco Bay Area.

He serves on many local and regional boards including the North Bay Leadership Council and the Corporation for Education Network Initiatives in California. He is a member of the Hispanic Association of Colleges and Universities and the Santa Rosa Chamber Business Education Leaders Committee. His work at the CSU system level includes leadership roles in technology and finance.

During his speech, Armiñana noted the campus' physical transformation, and emphasized the significant strengthening of the academic quality and its recognition in the community. "We impact the lives of our students and graduates, and nothing gives me more pride than when I am approached locally and nationally, even abroad, by an alum who happily and proudly tells me that he or she went to Sonoma State University and how great that experience was," he said. "My eternal wish is that expression continues for our present and future students."

In the coming months, the CSU Board of Trustees will begin a national search to select a new campus president.

"We're tearing down the ivory tower of isolation and building a...