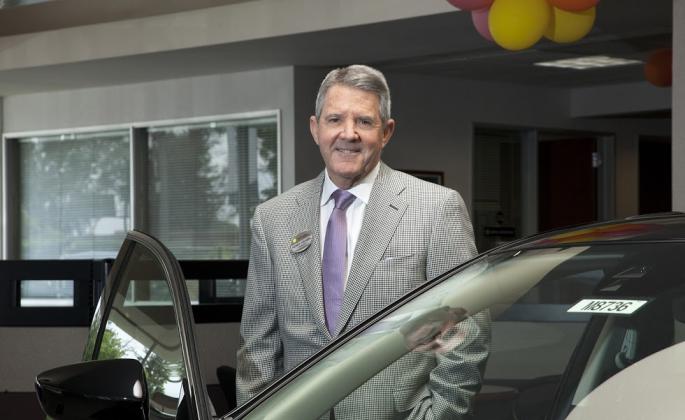 Hansel’s degree will be conferred at the School of Arts and Humanities ceremony on Saturday, May 18 at 5 p.m. by California State University Chancellor Timothy White. Commencement ceremonies will be held throughout the day on May 18 and 19. Mr. Hansel, president of Hansel Auto Group and chair of the Green Music Center Board of Advisors, also will be recognized during the President’s Recognition Dinner on Friday, May 10 at the Green Music Center’s Prelude restaurant.

“Henry is known and appreciated for cultivating a culture of generosity wherever he serves and for fostering deep connections within the community through a dedication to ‘giving back’ whenever the opportunity arises,” said Sonoma State President Judy K. Sakaki. “Sonoma State and the entire county have benefited tremendously from his leadership — especially his fervent dedication to helping Sonoma County recover from the destructive fires of October 2017.”

As president of the family-directed Hansel Auto Group since 1982, Mr. Hansel has been a respected community leader for decades, one whose benevolence has been felt by many local groups including Food for Thought Food Bank, the Boys and Girls Club of Marin and Southern Sonoma Counties, the Redwood Empire Food Bank and the United Way.

In particular, he has given generously of his time to Sonoma State University’s Green Music Center where he has served as a member of its Board of Advisors since 2012. Four years later, he rose to the level of board chair and has continually dedicated his time and philanthropy to ensure that the Green Music Center is connecting with the campus, its students and the greater community, providing access to diverse artistic experiences that educate, connect and inspire the community.

In the wake of the fires of 2017, Mr. Hansel further demonstrated his dedication to the region by serving on the board of Rebuild North Bay and traveling to Sacramento and Washington, D.C. with other local leaders to advocate on behalf of the rebuilding efforts in the area.

Mr. Hansel received his Bachelor of Science in Economics from the University of Santa Clara. Given his business experience and respect in the industry, he was nominated for the TIME Magazine Auto Dealer of the year award in 2010, one of the automobile industry’s most prestigious awards for new-car dealers. He is a past chairman and board member of the United Way of the Wine Country, a past director of the former Bank of Petaluma and a current board member of Hennessey Advisors, Inc.

Mr. Hansel was nominated for this degree by Sonoma State in recognition of his leadership to Sonoma County and his advocacy, advice and support for the university. He was selected by the Board of Trustees of the California State University to receive an honorary degree of Doctor of Humane Letters.