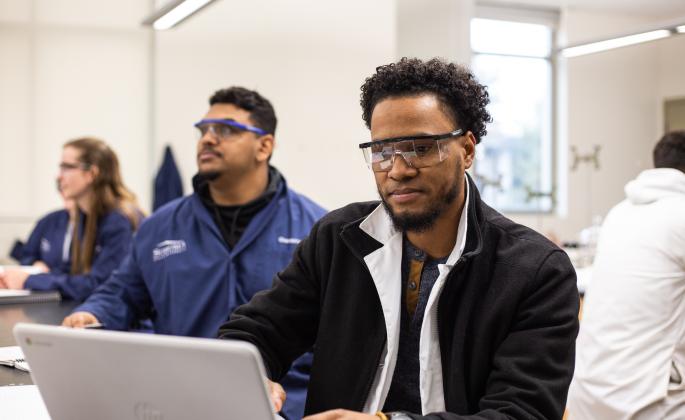 Rohnert Park, CA — A new economic impact study illustrates the California State University’s significant financial contributions to the state’s economy, including showing that the CSU returns nearly seven dollars of economic output for each dollar invested by the state. Other notable examples of the CSU's annual statewide economic impact include:

​“The California State University has long been recognized for the quality of its educational offerings and as an economic engine powering California, and this new report helps to further illustrate and quantify the consequential impact of the CSU on the Golden State," said CSU Chancellor Joseph I. Castro.

Looking directly at Sonoma State University’s return on investment, the study notes that for every dollar invested in the campus $7.65 in statewide industry activity is generated. When the impact of the enhanced earnings of SSU alumni is factored in, the figure is even greater—$35.14 in total economic activity for every dollar invested. This figure demonstrates the ripple effect that each dollar of spending by SSU and its students has on the state’s economy.

“The CSU’s impact study highlights the influence Sonoma State has within the North Bay and beyond,” said President Judy K. Sakaki. “No matter the industry, whether it is health care, environmental technology, water resources management, business, arts or education, SSU alumni contribute to California's most essential industries and continue to move the state’s economy forward.”

SSU operations and alumni in California support over 16,000 jobs. They also support over $2.68 billion in business revenues, $920 million in wages, and $174 million in state and local taxes annually with ongoing impacts on the state economy.

In an April 6, radio interview with San Francisco radio station KCBS, Chancellor Castro talked about the positive economic impacts Sonoma State and other Bay Area CSU campuses have on the regional and state economy. For more information on the CSU’s new economic impact study, visit the California State University website.

The following is a media release from the California State University

The California State University announced today that it will require faculty, staff and students who are accessing university facilities or programs to receive a vaccine booster shot in order to be fully...