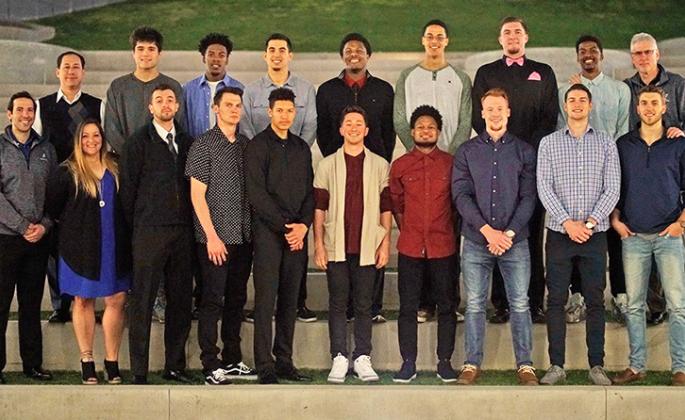 The Sonoma State University men's basketball team qualified for the NCAA Division II Basketball Championship Tournament for the eighth time in program history on Sunday night. Earning the No. 7 seed with a 20-8 record, the Seawolves will travel to the UC San Diego campus to play the No. 2 seed of the West Region, Hawaii Pacific, in the first round of the tournament on Mar. 10 at 2:30 p.m.

The men's basketball team is making its first NCAA tournament appearance since the 2005-06 season. SSU has a 3-8 all-time record in the NCAA Division II tournament, the last win coming on Mar. 4, 1983.

The Seawolves, who have the nation's No. 1 scoring defense allowing only 57.2 points per game, enter the Mar. 10 matchup against the nation's No. 21 scoring offense at 87.1 points per game in Hawaii Pacific. The Seawolves and Sea Warriors have only faced each other twice in their respective histories. The last meeting was back on Nov. 20, 2009 in Rohnert Park, when HPU won 77-76. SSU won the only other contest between the two schools, a 70-58 victory on Nov. 23, 2007 in Chico.

Tickets will be on sale at RIMAC Arena one hour prior to start of first game each day. All seven games can be followed via live video at UCSDtritons.tv.

Stay tuned to sonomaseawolves.com throughout the week for additional NCAA Division II West Regional information as it becomes available.

Despite holding a three-point lead early in the second half, the No. 7 seed Sonoma State men's basketball team saw its incredible season come to an end Friday, Mar. 10 with a 73-61 loss to No. 2 seed Hawaii Pacific in the NCAA Division II West Region Tournament quarterfinals at RIMAC Arena in La...