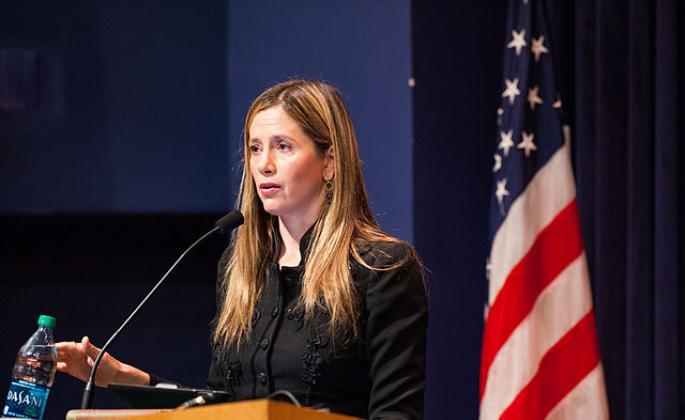 Academy Award winning actress Mira Sorvino, a United Nations and Amnesty International ambassador in the fight against human trafficking, is the keynote speaker in this year's H. Andrea Neves and Barton Evans Social Justice Lecture Series at Sonoma State University. She speaks Feb. 23 at 7:30 p.m. in Weill Hall at the Green Music Center.

Sorvino is the United Nations Goodwill Ambassador for Global Fight against Human Trafficking and the official ambassador for the worldwide human rights organization Amnesty International's "Stop Violence Against Women" program.

"What we need are people who are brave enough to stand up to these forces," she said in an interview with CNN last year. "It's really this monumental fight and we have no resources, but we have the heart."

Almost 80 percent of human trafficking affects women and girls, and there are over 27 million slaves in the world today. In an interview with Access Hollywood last year, Sorvino said, "When you look in the eyes of a child who has been trafficked... you see that their lives have been robbed of them."

In 2006, she was honored with Amnesty International's Artist of Conscience Award, which is given to those who have displayed strong philanthropic and humanist efforts. Through her work with Amnesty, she has lobbied Congress on such topics as human trafficking and the atrocities in Darfur, Sudan.

The actress received an award for Best Supporting Actress for her role in Woody Allen's "Mighty Aphrodite," as well as a Golden Globe nomination for her performance in Christian Duguay's miniseries "Human Trafficking."

Tickets are free for Sonoma State students, $10 for general admission. Parking on campus is $5-$8. See http://gmc.sonoma.edu/event/3053650-an-evening-with-mira-sorvino for more information.