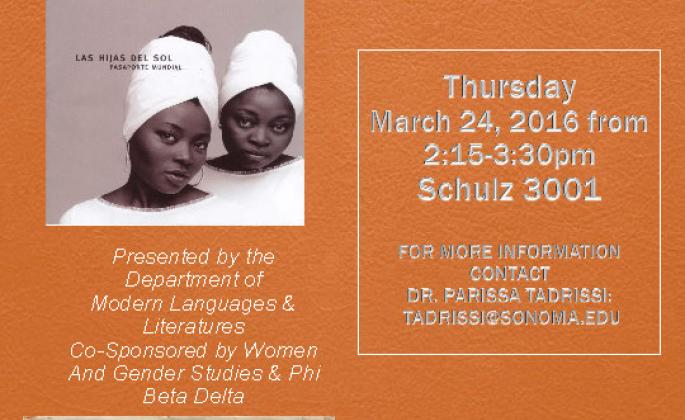 Since summer 2015, historians, sociologists, and media outlets have stated time and again that the current migrant crisis in Europe is the greatest since the end of World War II, pitting European nations against one another. Sonoma State University presents a talk about the European migrant crisis by UC Santa Barbara professor Silvia Bermúdez on Thursday, March 24, 2:15 p.m. in Schulz 3001.

In Bermúdez's latest book, "Rocking the Boat: Race and Migration in Contemporary Spanish Music," she argues that Spain, at the turn of the 21st century, foreshadowed the current European migration crisis by being at the crossroads of the complex geographies and communities that resulted from the circulation of peoples and cultures between Africa, Europe, and the Americas. She addresses how race, gender, and patterns of exclusion are at the core of the history of migration as narrated in Spanish pop music.

For more information contact tadrissi@sonoma.edu. This event is sponsored by the Dept. of Modern Languages and Literatures, The Dept. of Women and Gender Studies and Phi Beta Delta.