Meet the Class of 2019: Jessica Saavedra 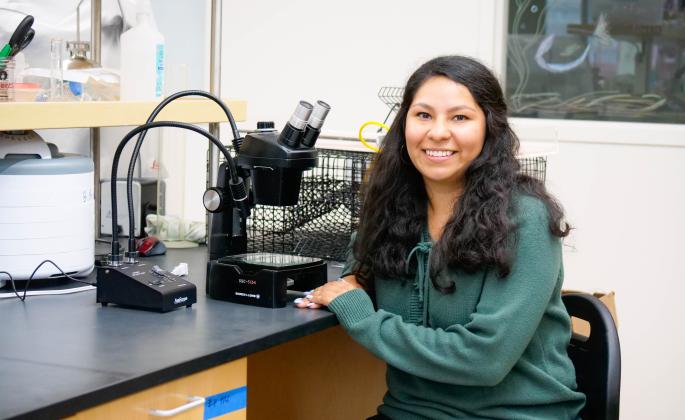 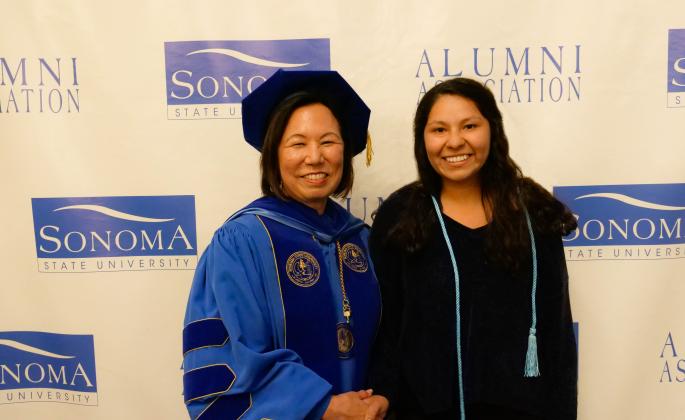 Jessica Saavedra, who will be graduating with a B.S. in Biology, was recognized at the Educational Opportunity and Seawolf Scholars commencement ceremony on May 9.

Jessica Saavedra has always wanted to work with animals. The 22-year-old, first-generation student from San Bruno volunteered in veterinary clinics and worked in animal rehabilitation in her first year at Sonoma State. She then decided to turn to the Biology Department on campus. Four years later, she will be graduating with a B.S. degree in biology and has found a perfect way to work with animals, she says.

As a first-generation student in the Educational Opportunity Program at Sonoma State, Saavedra will be graduating with distinction as well as multiple awards and scholarships for her research. She will then will be moving on in pursuit of a graduate degree at Sonoma State.

“I came to SSU as an undeclared major, and I wasn’t sure if I would be able to get into the Biology Department,” said Saavedra. “But after over a year of finishing all the prerequisites, I got into the program, and now I love it here and especially my major.”

Saavedra has been working on multiple projects with different professors in her last semester, including research on populations of European Green crab as well as research into the diet of the American badger. From her experiences within the Biology Department to being part of multiple communities on campus, Saavedra said Sonoma State helped her get out of her comfort zone.

“When I was in high school, I was really shy,” she said. “Being in organizations like EOP definitely helped meet a lot of new people, and it prepared me for what college was going to be like the next few years.”

Getting out of her comfort zone was something that she was encouraged to do by her professors. Professor Derek Girman, who taught Saavedra’s first biology class, provided access for her into field biology and research in specific areas. “Based on her mild manner, I wouldn’t have expected her to be the go-getter she’s become,” said Girman, who has since had Saavedra in multiple classes and has been a research advisor for her. “She’s turning into an incredible field biologist,” he said. “The benefit of having such a small department is students feel comfortable asking questions to professors, and we can give them very close attention.”

Saavedra’s hard work culminated with her being accepted into the prestigious McNair Scholars Program at Sonoma State. The program helps 27 undergraduates, typically historically underserved, get into graduate or Ph.D. programs through providing workshops on making the transition from undergraduate to graduate work. McNair Scholars also receive help with funding their research, which is key for the application process. “I’m very proud to be in the McNair Program,” said Saavedra. “There is a lot of great workshops and advising, and it has definitely prepared me for graduate school.”

After graduation, she will be traveling to Alaska to work on her graduate work, researching sea otters and their effect on seagrass. Saavedra’s reasons for choosing Sonoma State carry over to why she wants to pursue an M.S. in Biology. “I have a lot of friends here; I already feel comfortable in this area; and I have a lot of connections here as well,” she said. Saavedra’s ambition is to become a university professor.

“Jessica is one of these success stories because she used the opportunities here to get support,” said Girman, “And she took advantage and made the most of them.”

For a student who decided to come to Sonoma State before even stepping foot on campus, Carley Chatterley has made the most out of her time here. Set to graduate with a bachelor of science degree in business, Chatterley also will be leaving with a list of life-changing experiences, from...