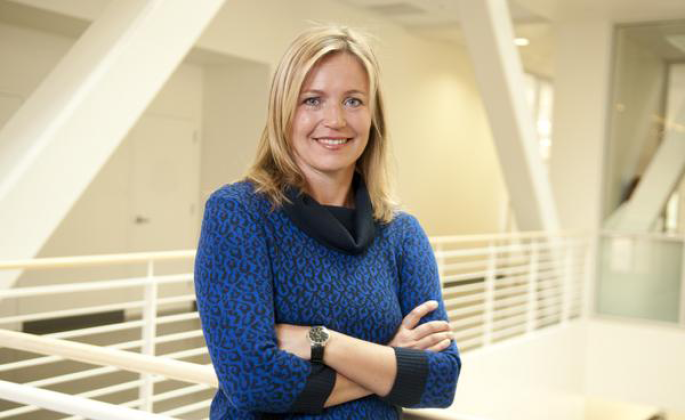 In addition to topics like Native American math and the geometry of M.C. Escher, Sonoma State University's Math Colloquium features a lecture by Stanford professor andTED Talk speaker Margot Gerritsen about the importance of Linear Algebra. Lectures are on Wednesdays at 4 p.m. in Darwin 103. Admission is free, parking is $5-$8 on campus.

A User-Friendly Derivation of E = mc²

Rick Luttmann, Sonoma State University (Emeritus)
Einstein's famous formula of E = mc² quantifies the equivalence of mass and energy. But when Einstein proposed it in his 1906 paper, he wasn't thinking of mass-energy conversion, a phenomenon not then known or even suspected. He was merely trying to update the classical physics formula for Kinetic Energy to allow for the new and counter-intuitive conclusion which his remarkable Theory of Relativity predicted: that mass, time, and distance are not absolute and objective but depend on the speed v (relative to the speed c of light) between the observer and the observed via the factor. This lecture looks at the derivation of both the old and the new Kinetic Energy formulae and sketch briefly where the factor comes from.

Andrew Conner, St. Mary's College
Since ancient Greece, scientists have been fascinated by the 3-dimensional figures called the "Platonic solids." There are only five: the tetrahedron, cube, octahedron, dodecahedron and icosahedron. Andrew Conner will explain why there are only five, and illustrate a surprising connection between the list of Platonic solids and the apparently unrelated problem of classifying complex polynomials with simple isolated critical points.

The Natural Statistics of Binocular Disparity and Blur in Everyday Life

Marty Banks, Vision Science Program, University of California, Berkeley
The retinal images people experience depend on the visual scene and where in the scene they look. Many properties of the visual system seem to derive from the statistics of this stream of images. But to test this, the statistics must be measured. Marty Banks and his team did this by developing an eye-and-scene tracker that measures gaze direction and scene distances. Since it was mobile, participants performed natural tasks while the team collected the statistical data. The statistical data confirmed that many properties of the visual system conform to the statistics of retinal images one encounters in everyday activities.

From Counting to Quantum Physics

Emily Calder, San Francisco State University
Enumerative geometry is concerned with answering questions like this: Given five points in the plane, how many ellipses pass through all five of them? These problems have a rich history, including some techniques that were not always mathematically rigorous but still produced the right answers (usually). Mathematicians' attempts to carefully develop the subject of enumerative geometry have led to many recent advances, and even to some unexpected connections with the physics of string theory. Emily Calder will give a tour of some of the problems, pitfalls, and successes in the history of enumerative geometry.

Mike Persinger, James Monroe School; SSU Math/Stats and Education faculty
Through "Project Make the Way," Santa Rosa K-8 students are learning math through Making. During this lecture, Mike Persinger will invite the audience to try out a Maker challenge, show examples of children at work, and demonstrate results of engaging in mathematics through these challenges.

The Joy of Modeling and Mathematica!

Students from Fall 2016 Math 180 and Math 470 classes
Modeling without clay or glue? The joy of Mathematica? This lecture covers both with student projects from Martha Shott's Mathematical and Statistical Modeling course and Nick Dowdall's Mathematical Programming course. Learn about applications of matrices, differential equation, regression, and programming logic to natural systems, puzzles, and more.

Learning to Engage in Mathematical Practices Through Formative Assessment Lessons

Kimberly Seashore, San Francisco State University
Formative assessment is a process of eliciting students' understanding of particular concepts and then using that information to design and enact instruction that is more effective than it would otherwise have been. Research has demonstrated substantial learning benefits from intentional use of formative assessment techniques to analyze student thinking and modify classroom activities -- techniques such as exit tickets, group work, and peer feedback. Kimberly Seashore presents the findings of a study of teachers making use of lessons developed by the Mathematics Assessment Project (MAP) embedded with formative assessment practices. These lessons show evidence of changes in the teachers' and students' engagement with student thinking, mathematical content, and practices as part of the lesson.This lecture will share some of the methodological challenges in studying teacher learning around complex teaching practices.

Margot Gerritsen, Director of Institute for Computational and Mathematical Engineering and Professor, Stanford UniversityLinear algebra, of all subjects, is critically important and downright beautiful. Margot Gerritsen discusses the ways in which linear algebra is at the very core of science and engineering, and is foundational to hot topics like data science. She will show examples showing that the algorithm that started Google is nothing but an eigenvalue problem; that machine learning needs orthogonal decompositions; and that many programs that recommend movies or books (or even people) that you might like, are actually just really big matrix completion problems.

Hyperbolic Geometry and the Art of M.C. Escher

Martha Byrne, Sonoma State UniversityMartha Byrne explores the bizarre world of hyperbolic geometry, where parallel lines are not what you expect, and the enchanting art of Dutch artist M.C. Escher, where nothing is as it seems. This lecture discusses geometric axioms and how one small change in assumptions creates a whole new (logically consistent) geometry in which many of the "rules" you think you know are broken, one in which squares don't even exist, as well as tiling the Euclidean plane, hyperbolic geometry and Escher's tessellations.

The Dehn-Somerville Relations and the Catalan

Matroid Anastasia Chavez, UC Berkeley, with work from Nicole Yamzon
A polytope is a geometric object with straight sides, often called an n-polytope where n is its dimension. For example, a polygon is a 2-polytope and a cube is a 3-polytope. The fvector of a d-polytope stores the number of faces of each dimension: so the f-vector of a cube is (8, 12, 6) (8 vertices, 12 edges, 6 faces). For many polytopes P, the DehnSommerville relations condense the f-vector into the g-vector, which has about half the length. Thus, to determine the f-vector of P, approximately half of its entries is needed. This raises the question: Which such subsets of the f-vector of such a polytope are sufficient to determine the whole f-vector? It turns out that the answer is given by the Catalan matroid, a beautiful combinatorial object that this lecture will show.

Predicting the Quality of Bordeaux Wine

Grace Brown, Sonoma State University
Bordeaux wines have been made in much the same way for centuries. Yet, there are differences in quality from year to year that can be quite large. In 1990, Princeton
economist Orley Ashenfelter devised a statistical model to predict the quality of Bordeaux vintages. Grace Brown will present and explain Ashenfelter's results, showing that the factors that affect fluctuations in wine vintage quality can be explained in a simple quantitative way and show that a straightforward statistical analysis predicts the quality of a vintage, and hence its price, from the weather during its growing season. This lecture will also cover the basics of linear regression and predictive modeling.

Understanding the Dynamics of the Antarctic Ice Sheet

Noemi Petra, UC Merced
Satellites have been recording Antarctic ice flow at the surface of the continent for decades. However, to understand the behavior at the top, one has to look at interactions happening deep below where the ice meets the Antarctic continent. Noemi Petra discusses her research combining mathematics like numerical analysis, linear algebra and statistics to get a better understanding of the dynamics of the Antarctic ice sheet by uncovering the hidden world beneath the ice. This lecture includes a modified least squares technique that will allow inferring unknown parameters in the ice sheet model that characterize the friction between the continental rock and the ice, which could be a valuable tool for scientists to understand the ice better.

Charles P. Funkhouser, PI, and Patrick Weasel Head, Tribal Cultural Liaison, CSU Fullerton
This team's project has developed and researched undergraduate mathematics materials based in the culture and mathematics of Native American peoples for integration into undergraduate courses. Mathematics topics include probability and statistics, number theory, transformational geometry, calculus and pre-service elementary and secondary education-related content. These materials -- both paper and electronic -- are classroom ready, and are developed and piloted in consultation with tribes in the Rocky Mountains, the Plains, the Pacific Northwest, and the Southwest. The lecturers are currently beginning new culturally based efforts with other tribes and mathematicians throughout the United States, as well as broadening the lesson content domain into all areas of STEM. This work is an NSF DUE-funded project.

No Talk--Last Week of Instruction

Sonoma State University Department of Mathematics and Statistics presents a series of informal talks open to the public. The M*A*T*H Colloquium takes place Wednesdays at 4 p.m. in Darwin 103 with coffee, tea and cookies served before each talk. For more information, contact the math department...