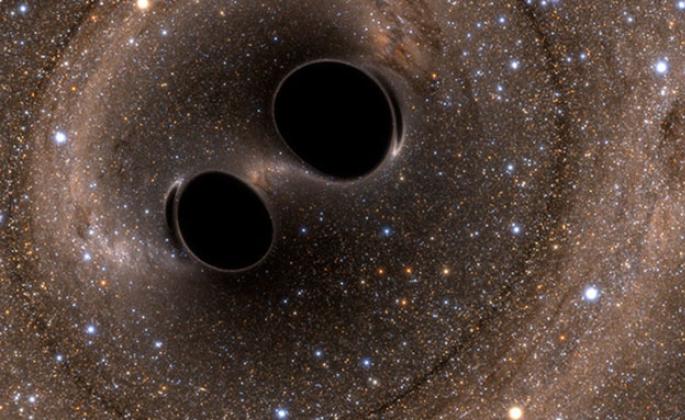 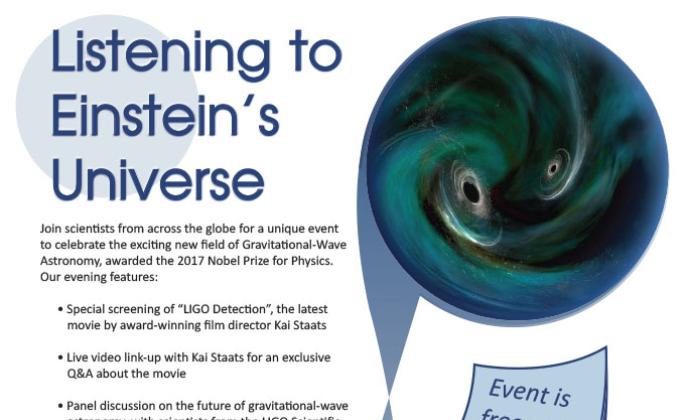 Sonoma State University will be welcoming two Nobel Prize winners and 350 other scientists from around the world on March 19 for a scientific team meeting that will celebrate the new field of Gravitational-Wave Astronomy. In conjunction with the meeting, on Tuesday, March 20, scientists from the LIGO and Virgo projects will host an outreach event that is open to the public.

The event, “Listening to Einstein’s Universe,” will be held from 7-9 p.m. in Sonoma State’s Cooperage. It will feature a panel discussion, hands-on demonstrations exploring gravitational waves, a screening of the award-winning film “LIGO Detection” and a live stream Q&A with the film’s director, Kai Staats.

Three of the founders of LIGO (the Laser Interferometer Gravitational-wave Observatory) were awarded the 2017 Nobel Prize for physics for LIGO’s initial discovery of gravitational waves. The LIGO-Virgo Scientific Collaboration has members across the globe, including Dr. Lynn Cominsky, chair of Sonoma State’s Department of Physics and Astronomy.

“I am thrilled to be able to host so many world-renowned scientists at SSU,” said Cominsky, who’s been part of LIGO for the past decade. “People who attend ‘Listening to Einstein’s Universe’ will learn about LIGO, gravitational waves and the amazing discoveries that confirm Einstein's predictions a century after he made them.”

Founded over 40 years ago, LIGO first discovered gravitational waves in 2015 from two black holes that merged to make a much larger black hole. Since their initial discovery, LIGO has helped uncover four more black hole mergers and earlier this year the organization announced the first detection of gravitational waves from two merging neutron stars. The neutron star merger event was also seen by NASA’s Fermi satellite, which studies gamma-ray light, something Cominsky had been awaiting since Fermi’s launch in 2008.

“We call the neutron star merger event the ‘golden binary’ as it turns out that half the gold in the Universe is created in these types of mergers. It was incredibly exciting to see both gamma-rays and gravitational waves at the same time, providing additional confirmation of Einstein’s theories,” said Cominsky.

Admission is free and open to everyone, with on-campus parking costing $5-$8. Click here for more info