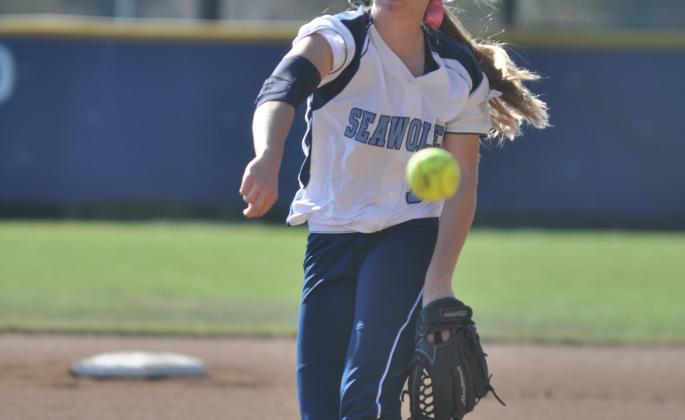 Our junior Softball student-athlete Samantha Lipperd (Boulder Creek, Calif./San Lorenzo Valley HS) struck out 104 of the 200 batters she faced in the 53.2 innings she pitched this weekend at the 24-team Tournament of Champions (TOC), presented by Mizuno, in Turlock, Calif. That mark includes an NCAA Division II-record 26 strikeouts in ONE game, accomplishing that task during an 11-inning, 5-2 Sonoma State victory over Hawai'i Pacific on Friday night. She shattered the previous TOC record for most strike outs in the tournament (which was 46, set in 2003). Lipperd allowed six runs (five earned) in all seven games that she started (and completed) for Sonoma State this past weekend (0.65 ERA), going 6-1 as the pitcher of record and helping the Seawolves to a 5-0 win over 11th-ranked Chico State for the Platinum Bracket title on Sunday evening.

She has now pitched 28 consecutive scoreless innings, heading into the upcoming home series with 20th-ranked UC San Diego on Friday and Saturday (Apr. 6-7) in Rohnert Park, Calif. It was announced Sunday night that Lipperd was named the Tournament of Champions' Top Pitcher and also garnered All-Tournament honors for her effort this weekend.

Not to mention the fact that she recorded her fifth-career no-hitter on Saturday against University of Hawai'i-Hilo. She was two outs away from the perfect game, but a defensive error nullified the PG.

Already the career strikeout leader in Sonoma State softball history, Lipperd has 266 this season and 732 for her career.