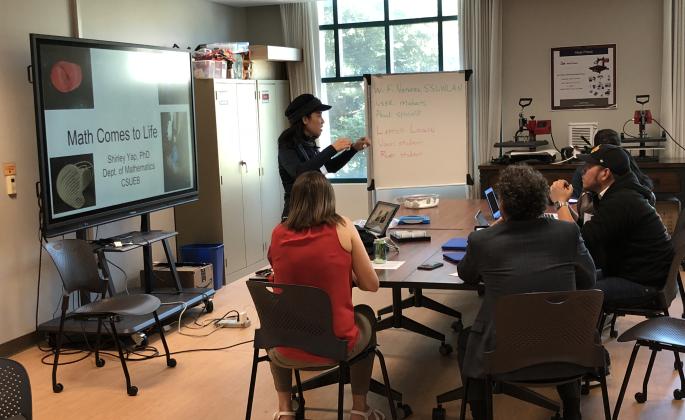 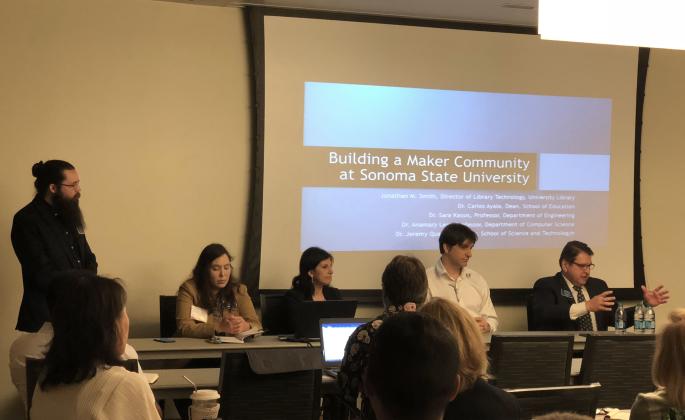 Sonoma State University played host to the inaugural CSU Maker Convening on May 31 and June 1, an event that drew more than 100 educators from around the state. The conference, made possible by a generous $25,000 grant from Chevron, was the first of its kind to bring CSU campuses together for a two-day meeting of maker minds - to learn about Sonoma State’s advances in maker education as well as those from around the state.

“We are honored and pleased to be able to host the first CSU Maker Convening here at Sonoma State to help inspire and create new maker education CSU wide,” said Jeremy Qualls, a physics professor and one of the leaders of the makerspace initiative at SSU. “It has a profound impact on our students.”

The maker education workshop has been in the works since September 2017. Janet Auer, advisor of global social investment at Chevron, was present throughout the convening to discuss maker projects with educators.

“What I hope this event does is create more awareness for members within the CSU system, whether it's infused in teacher prep programs to teach our next generation, technical engineering, or a variety of types of programs in the CSU,” said Auer. “I hope it shows that this type of learning is relevant to everybody and not just for some students and not just for some departments.”

Julie Thompson, Engineering Projects in Community Service Director of Engineering and Service Learning at San José University, said she has seen firsthand the transformation that a maker education can have on students. “There was one student in one of my classes who just really lit up when he learned how to weld, said Thompson. “He had so much pride in his project showing students like ‘This is something that I did, I didn't know I had the skill and the capacity but now I do.’”

Thompson noted that this is the central benefit of having a makerspace. It’s about helping students learn “where the rubber meets the road, learning how to actually do something, taking responsibility, taking ownership and stepping up,” she said. “Students learn grit with makerspace education.”

Carlos Ayala, the dean of the School of Education and a champion for Maker education at Sonoma State announced on the conference’s last day that there will be officially be a second CSU Maker Convening next year.

“Sonoma State will hold the second convening next year and the goal is to create not only a future maker leadership team throughout the CSU to spread the maker pedagogy, but make sure it’s a system wide endeavor for student success,” said Ayala. “There are leaders across the system and this convening allows us the opportunity to honor them.”