The Imaginists in Weill Hall 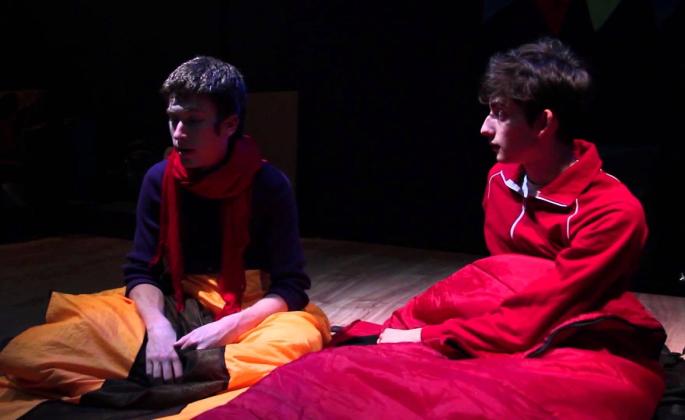 The Department of Chicano and Latino Studies (CALS) at Sonoma State University presents a free, one-night-only theatrical performance of "La Carpa Americana (The American Tent)," an original work by Santa Rosa theater company The Imaginists, in Weill Hall at the Green Music Center on Nov. 19 at 7:30 p.m.

The show was created specifically for the CALS Performance Series after some discussions with SSU professors Ronald Lopez and Amanda Morrison, who are team-teaching a year-long humanities learning class focusing on performance and social justice.

"La Carpa Americana" is an original ensemble created show performed in Spanish and English. It takes a satirical look at the politics of cultural identity and immigration, focusing on one family's experiences and staged in the style of the traditional Mexican carpa or "tent show." It is composed of five acts, each illuminating a different aspect of immigration policies and realities. The show employs physical comedy, music and politics into a surreal variety show that touches on the most pressing issues of our times.

Santa Rosa theater troupe The Imaginists have been creating place-based theater for more than 10 years. Their innovative, often community- and site-specific work has led to groundbreaking collaborations that investigate participation on many levels. The Imaginists, led by co-founders Brent Lindsay and Amy Pinto, have received support from the National Endowment for the Arts, California Arts Council and several other organizations.