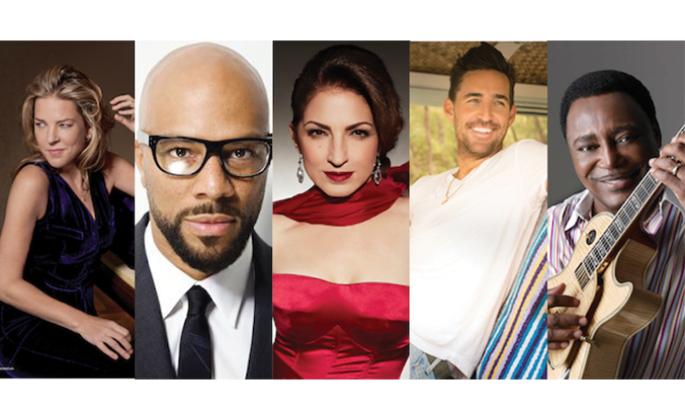 The season also includes the return of the Bluegrass Festival and GMC Craft Beer Fest, the 4th of July Fireworks Spectacular and Blues Night at the Green, as well as a free concert for the community on July 30 featuring Mariachi Sol del Mexico de Jose Hernandez and the Santa Rosa Symphony.

"The diversity of artists scheduled will attract a broad cross-section of people to campus this summer who love good music and a concert setting that's second to none," says Sonoma State President Judy K. Sakaki. "I've already blocked out my calendar to catch as many shows as possible."

In addition to the 1,400 indoor seats, during the months of July, August and September, the rear wall of Weill Hall is fully opened to reveal the beautifully landscaped and terraced Weill Lawn. A large video screen projects the live on-stage performance for outdoor ticket holders.

The summer season also features the return of the Free Movies on the Green. July 22 will screen "The Little Mermaid" and "Moana," and August 26 will be a "Beauty and the Beast" double feature with the animated (1991) and live action (2017) versions. Outdoor lawn seating is free with no tickets required.

Seating is available both inside the concert hall and outdoors, the latter offering table and lawn seating taking full advantage of unparalleled views of the Sonoma mountains. Lawn patrons are encouraged to bring blankets and low-back folding chairs and to pack a picnic or enjoy on-site concessions during the concert (outside liquids are not permitted on-site, but free water bottle filling stations are available).

Tickets go on sale to the general public April 18 at 10 a.m. Call (866) 955-6040 or visit gmc.sonoma.edu for more information. A PDF of the press release is available atgmc.sonoma.edu/press.