Bill Fusco Selected as Athletic Director of the Year
March 3, 2016 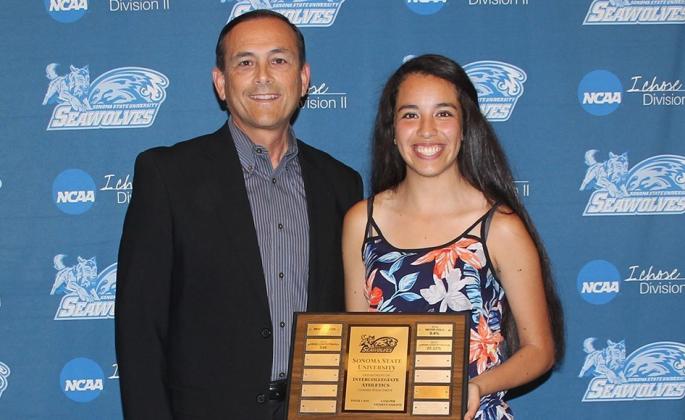 "The Athletics Director of the Year Award honors those men and women who are visionary leaders in college athletics," said Nick Carparelli, Under Armour senior director of college sports. "Under Armour is proud to partner with NACDA to facilitate this recognition for the top athletics directors across all divisions."

Fusco has served as president of the CCAA (2004-05) and NCAA Division II Athletics Directors Association (2003), and served four years (1999-2003) on the Executive Committee of the National Association of Collegiate Directors of Athletics (NACDA).

The award spans seven divisions (NCAA FBS, FCS, Division I-AAA, II, III, NAIA/Other Four-Year Institutions and Junior College/Community Colleges). Winners will receive their awards at a ceremony in June in Dallas. To see the entire list of the 2015-16 Under Armour AD of the Year Award recipients, visit www.nacda.com.

All NACDA-member directors of athletics in the United States, Canada and Mexico who met the criteria were eligible for the award. Among the criteria were service as an AD for a minimum of five academic years; demonstration of commitment to higher education and student-athletes; continuous teamwork, loyalty and excellence; and the ability to inspire individuals or groups to high levels of accomplishments. Additionally, each AD's institution must have passed a compliance check through its appropriate governing body (i.e., NCAA, NAIA, etc.), in which the institution could not have been on probation or cited for a lack of institutional control within the last five years during the tenure of the current athletics director.

Nominators were NACDA-member directors of athletics, institutional presidents and conference commissioners, as well as other respected intercollegiate athletics administrators. Special Divisional Selection Committees composed of current and former directors of athletics, current and former commissioners and other key athletics administrators voted on nominees for the award.

About the National Association of Collegiate Directors of Athletics