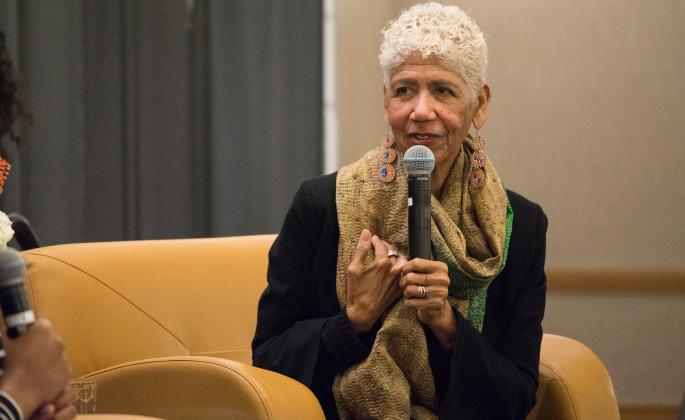 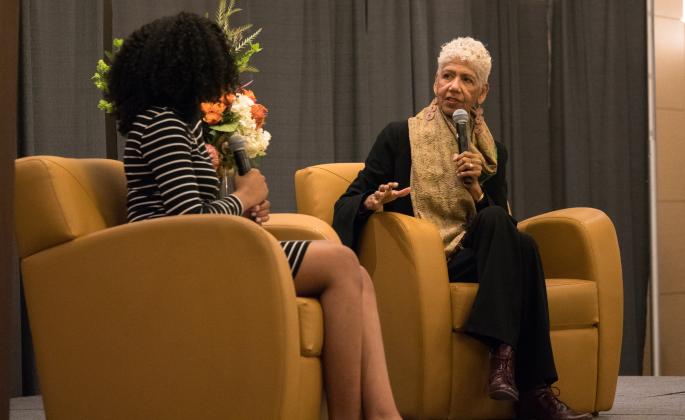 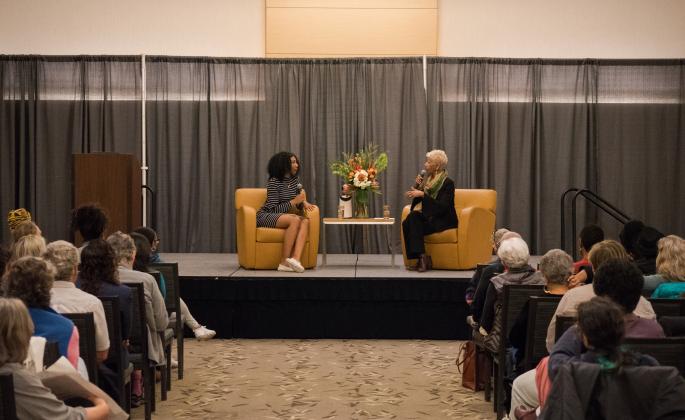 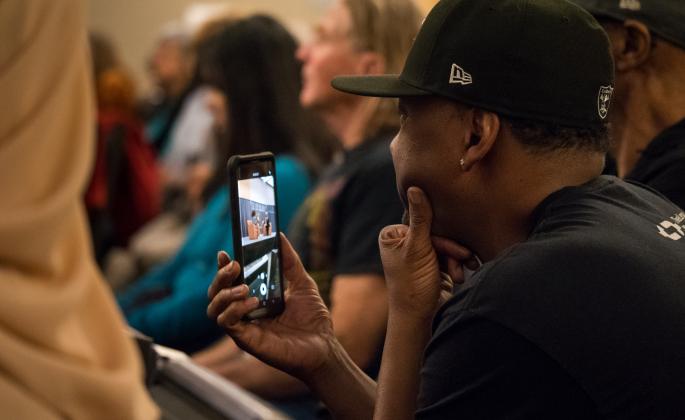 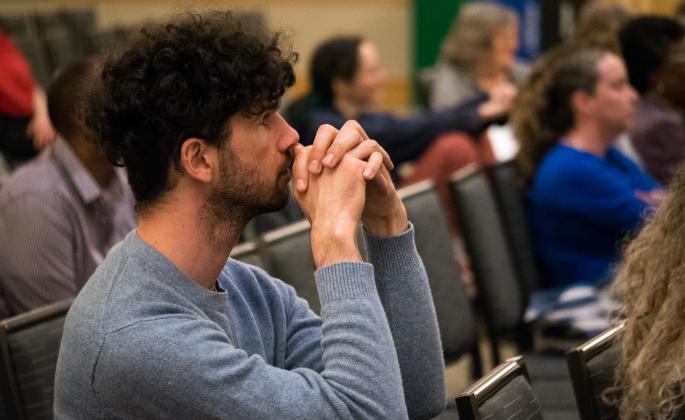 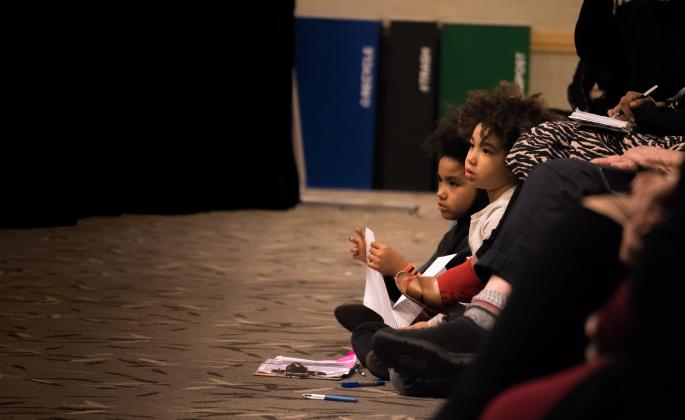 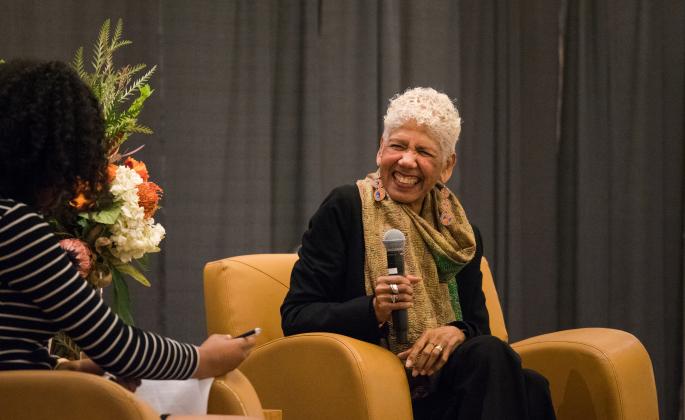 Ericka Huggins realized her purpose in life early. After attending the March on Washington for Jobs and Freedom in 1963, which produced Dr. Martin Luther King’s “I have a Dream” speech, Huggins said she committed to serving people for the rest of her life.

“We don't think it's our duty to be socially engaged,” she said. “We walk by intentionally not wanting to see people. We think we know their stories.”

Since then, Huggins, a former leading member of the Black Panther Party leader in the 1960s, has become a human rights activist, poet and educator. On Feb. 25 Sonoma State welcomed Huggins as she engaged in a discussion in the Student Center Ballrooms about her life and activism moderated by one of the university’s own students, third-year women and gender studies major Loren Smith.

Huggins’ life experiences have enabled her to speak around the world on issues related to social change and helping the disenfranchised. One of those experiences began in May 1969 when Huggins was arrested on conspiracy charges while she was a member of the Black Panther Party and was forced to leave her daughter who was born only a few months earlier. “My heart felt like shattered glass,” she said.

After the charges were dropped, and she was released in 1971, Huggins has played an active role in spreading information about the injustice related to the incarceration of men and women of color. Huggins also shares with those behind bars how her use of yoga and meditation helped her get through her sentence that included time in solitary confinement. She said she has a special interest with incarcerated youth. “Those are the hardest for me because most of them shouldn't be there,” she said.

Huggins is currently one of the facilitators with World Trust, an educational organization that uses films that document, through story, the impact of systems of racial inequity. These films are tools to foster conversation about race and all structural inequities. The films enable conversations that Huggins said helps inspire transformation.

“All people, no matter age, color of their skin, shape, gender or ability, are meant to be engaged with change,” said Huggins. “We all deserve to be treated fully as humans in justice, peace, land — everything.”

As an educator, Huggins was the director of the Oakland Community School from 1971-1981 and was a professor of Women and Gender Studies at San Francisco State University and California State University, East Bay from 2003 to 2011. From 2008 to 2015 she was a professor of sociology and African American Studies in the Peralta Community College District.

Loren Smith said she was in awe of the fact that she was able to speak with one of her idols, engaging in topics related to feminism and being an African American woman. “Sitting with you is just insane,” said Smith. “It’s hard to believe this is really happening.”

Huggins said she doesn't see herself as famous because it makes her feel like she's not human. And toward the end of the night, she told the crowd about an instance when a young black woman stopped Huggins at a grocery store checkout line asking for advice. “It was beautiful, and we had a lengthy conversation. I told her ‘Love yourself and do it loudly. Don't change anything.’”

Huggins spoke as part of Sonoma State University’s Black History Month. The final event of the month is a closing ceremony that will be held on Feb. 28 at 6 p.m. in the Student Center Ballrooms. For more information, visit Seawolf Living.

“I am still healing from those events because I’m human,” Richardson told a packed audience at the Sonoma...