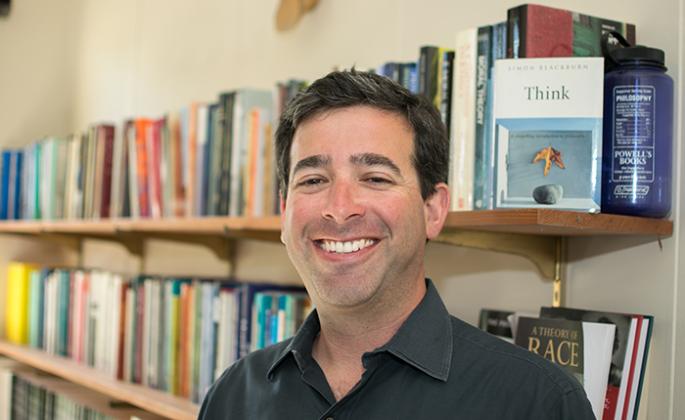 Sonoma State University Philosophy Professor Joshua Glasgow has been awarded the $10,000 Baumgardt Memorial Fellowship for his proposed lectures, "Gratitude, Life and Death," which will compare different attitudes of gratitude and explore the value of death. The prestigious award is given once every three years by the American Philosophical Association.

"There is debate, going back to ancient Greece, whether death is bad for the person who is dead," says Glasgow. "We don't want to die, but the question is why?"

The fellowship will support Glasgow in researching and writing two lectures, which are planned for inclusion in the fall 2017 Center for Ethics and Law Society (CELS) lecture series at Sonoma State. One lecture will be about gratitude and one about death.

"I'm thrilled that Dr. Glasgow has received this prestigious fellowship," says Thaine Stearns, dean of the School of Arts and Humanities. "This honor enhances the already strong academic reputation of the Center for Ethics, Law and Society."

This ties into death when one considers what gratitude is felt from it. "What we should be grateful for raises questions about how to be grateful for a life that includes death," suggests Glasgow.

Glasgow has been director of CELS since 2012. His main areas of research and teaching are moral, political, and legal philosophy, and his publications have covered a variety of issues concerning ethics, the good life, race and racism, philosophy of language, philosophy of law, philosophy of mind, and aesthetics. His book, A Theory of Race, was published in 2009 by Routledge.