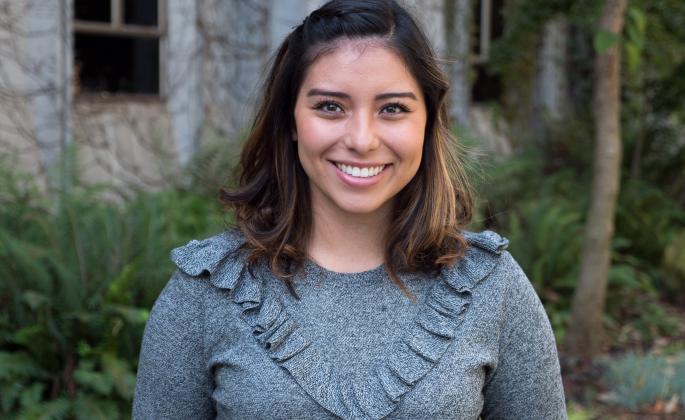 McNair is one of several initiatives within federal government’s Trio programs, which came out of the Civil Rights era under President Lyndon Johnson. According to the U.S. Dept. of Education’s website, “Trio includes eight programs targeted to serve and assist low-income individuals, first-generation college students, and individuals with disabilities to progress through the academic pipeline from middle school to post-baccalaureate programs.”

The funding for Sonoma State comes in the form of a $1,161,325 grant from the U.S. Dept. of Education. It is especially significant this term because the Department of Education has specifically targeted the McNair Scholars Program for budget cuts.

Earlier this year Education Secretary Betsy DeVos told a congressional panel the program is “sort of outside the original intent of the Trio programs to begin with,” and cited its high cost per applicant.

Sonoma State’s McNair Scholars Program includes workshops and individual advising on the graduate school application process, research experiences with faculty mentors, opportunities to present and publish research both on and off campus, funding for supplies and travel, stipends for the completion of research projects, and assistance securing internships designed to help participants develop their background in preparation for graduate school. The Sonoma State program is selective, only admitting 27 students each year. There are about 175 McNair Scholars programs in the nation.

For the moment it appears the McNair Scholars Program, which has traditionally received strong bipartisan support from Congress, is safe. No action has been taken by Congress to remove its funding, and in response to DeVoss’ comments at the congressional hearing Rep. Tom Roe (R – OK) said, “I think you’ll find that if you look at McNair in particular, it has helped a lot of students get into graduate school that otherwise couldn’t because quite often they’re coming from families with very limited means.”

Over the past 10 years, 43 SSU McNair Scholars graduates have earned Master’s degrees, nine have earned doctorate degrees and many more are currently in graduate programs. “Participants in the McNair program overwhelmingly get accepted into graduate degree programs upon graduation, and most receive funding,” says Smith.

Dr. Carolyn Smith is a McNair success story. She joined the program in its second year at Sonoma State and went on to earn a Ph.D. in anthropology at UC Berkeley. She will be giving a presentation on her research at the Smithsonian this November.

“I’ve always thought McNair is important, particularly for underrepresented students,” she says. “Our voices are still not represented in higher education, and we need to do whatever we can to help bring those voices and that diversity into higher education, where it’s absolutely needed. The more students we have in the McNair program, the more it’s going to make a difference with the way students learn.”

Smith’s initial research with McNair on traditional tribal practices of the Karuk Tribe — of which she is a member — wound up being the basis for her doctoral dissertation. The program also helped Smith, a first-generation woman of color, prepare for graduate school by giving her opportunities to publish research papers and connect her with information about the GRE and other requirements. “Without the McNair program I wouldn’t have known how to go about getting into grad school,” she says.

After teaching anthropology courses at UC Berkeley and Sonoma State last year, Smith has returned to SSU to mentor students like her as a research coordinator for the University’s McNair Scholars program. “I want students to know there is a possibility of going further with their education, and conducting their own research by looking into things they’re interested in,” she says.

Daniel Smith was Carolyn Smith’s McNair advisor before becoming the program’s director. “Students who go through this program often have aspirations to get education and then work to help students like them continue their education,” he says. “The overall goal is to increase the diversity of the American professoriate.”

That’s important for students who are looking for role models they can relate to in the unfamiliar arena of higher education. This was the case for Sonoma State student Patricia Ayala Macias, who will graduate this spring with both a BS in business and BA in Chicano and Latino studies. When she was introduced to McNair Scholars three years ago, Dr. Mariana Garcia Martinez was her advisor. “Mariana was the first Latina woman who I’d ever met who had a very similar experience to where I came from,” says Ayala Macias. “It was very inspiring to see someone who looks like me, talks like me, and understands where I came from.”

With Martinez’s encouragement and guidance, Ayala Macias founded the Sonoma State chapter of Mujeres Activas en Letras y Cambio Social (MALCS), a national professional organization for self-identified Chicana, Latina, Native American/Indígena women and gender non-conforming academics, students, and activists. She also coordinated the inaugural North Bay Women of Color conference, held at SSU, and was elected Associated Students Senator of Student Services. She has presented at three conferences, and plans to publish her third research paper by the end of this academic year.

“Both my parents didn’t even finish high school, so the fact that I’m even thinking about grad school is completely different from what I grew up with,” says Ayala Macias. “McNair is changing the possibilities of what we can do.”