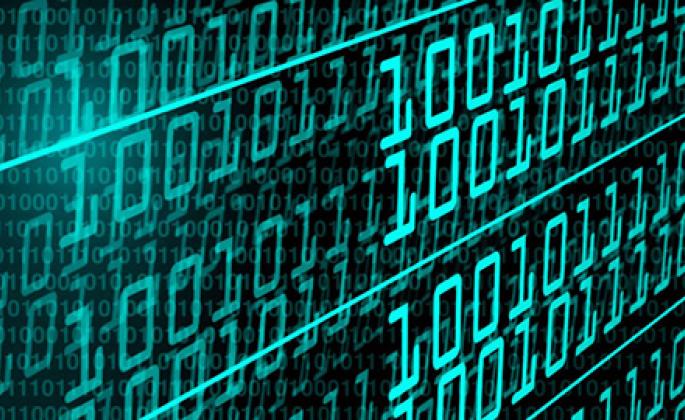 Evading Big Brother in a Wilderness of Telescreens

William A. Blunden, San Francisco State University
Is anyone safe from a global surveillance apparatus that receives more annual funding than most countries spend on their entire military? There are answers to this question and they don't revolve around the latest mobile device. In high-risk environments, the key to evading Big Brother lies not in a technological quick fix but in the obscure domain of field-proven tradecraft: the classic methods of espionage. With homage to Cold War spymasters, this talk draws lessons from history to formulate a set of strategies that can take away the advantage of heavily resourced signal intelligence.

This presentation shows the results of a biologically inspired system on a phoneme segmentation task and anecdotal evidence that plausible boundaries are detected for non-human primates. Many species of toothed whales are poorly understood, with their ranges determined by handfuls of sightings or strandings. Properties of echolocation clicks can be used to provide hypotheses about the number of species using an area by analyzing acoustic data from a well-studied area, the Southern California Bight. Symmetric Kullback-Leibler similarity metrics from distributional models of toothed whale encounters can be clustered into species-specific groups that show reasonable concurrence with groups constructed by analysts using known characteristics of echolocation clicks as measured by an adjusted Rand statistic.

Learn You a Monad

The Moral Character of Hacking

Cooper Quintin, Electronic Frontier Foundation
Offensive hacking is fun! Unfortunately, there is no good way to do it without going to jail or working for the government. Cooper Quintin, staff technologist with the Electronic Frontier Foundation, offers fun and inspiring alternative examples of ways to scratch your offensive hacking itch without going to jail.

The Future of 3D Imaging

Radu B. Rusu, PhD, CEO and Co-Founder of Fyusion
Welcome to the future, where space is the final frontier, and visual understanding works at scale with robotics-level accuracy.

Programming Languages Could Help Security and Reliability a Lot More. Why Don't They?

L. Peter Deutsch
The operating systems and software libraries we rely on are riddled with bugs and insecurities, but programming language technologies, some of which have been known since the 1960s, could eliminate a very large fraction of them. What are those technologies? Why aren't they being used? And what are some ways in which programming language research could help with security and reliability even further?

Peter Alvaro, UC Santa Cruz
Large-scale distributed systems must be built to anticipate and mitigate a variety of hardware and software failures. In order to build confidence that fault-tolerant systems are correctly implemented, an increasing number of large-scale sites regularly run failure drills in which faults are deliberately injected in production or staging systems. While fault injection infrastructures are becoming relatively mature, existing approaches either explore the combinatorial space of potential failures randomly or exploit the "hunches" of domain experts to guide the search. Random strategies waste resources testing "uninteresting" faults, while programmer-guided approaches are only as good as the intuition of a programmer and only scale with human effort.

This talk covers intuition, experience and research directions related to lineage-driven fault injection (LDFI), a novel approach to automating failure testing. LDFI utilizes existing tracing or logging infrastructures to work backwards from good outcomes, identifying redundant computations that allow it to aggressively prune the space of faults that must be explored via fault injection.

Zachary N. J. Peterson, Cal Poly, San Luis Obispo
Year after year, we see reports on an ever increasing gap, both in the public and private sectors, between the number of computer security professional we need and the number we expect to produce. While the reasons for this trend are varied, there is a perception (particularly among those new to computing) that security can be asocial and isolating, that it is void of creativity and individual expression, and lacks positive social relevance. But, as we all know, security can inherently have all of these qualities, which perhaps manifest themselves most clearly in cybersecurity games. Indeed, the freedoms of play inherent in games may directly address the qualities deficient in security pedagogy, with many educators now turning to security games, in and out of the classroom, as a meaningful tool for outreach and education. This talk takes a critical look at the use of games, and explores some ways that games can (and cannot) fix computer security education.

High-Performance GPU Graphics: Take a Ride on the OpenGL Pipeline

V. Scott Gordon, Sacramento State University
Most 3D graphics programming today is "shader-based." That is, some of the program is written in a standard language such as Java or C++, and some is written in a special-purpose "shader" language that runs directly on the graphics card (GPU). Shader programming involves passing graphics data down a "pipeline," with modern graphics cards able to process this data in parallel. It's complex, but the payoff is extraordinary power. The blossoming of stunning virtual reality in video games and increasingly realistic effects in Hollywood movies can be greatly attributed to advances in shader programming. This talk will demonstrate examples of shader programming that showcase the processing power of today's graphics cards. V. Scott Gordon is the author of "Computer Graphics Programming in OpenGL with Java."

Jason Isaacs, CSU Channel Islands
The next phase of the NASA Mars Exploration Program involves sending a spacecraft to Mars and returning it safely to Earth. The first passengers on such a mission will not be human astronauts, but Mars rovers. The success of this mission requires theses rovers to locate and retrieve local resources on Mars. This process is referred to as in-situ resource utilization.

Technologies are needed to allow a large group of autonomous rovers to find and collect materials such as ice, which can be converted into hydrogen fuel to power the return journey. Toward this long-term goal NASA through a cooperative agreement between the NASA Minority University Research and Education Program and the University of New Mexico in partnership with the NASA KSC Swamp Works has developed a national competition called the Swarmathon,where teams of students develop foraging and collection algorithms for a swarm of rovers.

Short presentations of research carried out by Sonoma State computer science students. Pizza will be provided during the presentations in Salazar 2016.

End of Semester Celebration and Awards

Awards presented to Sonoma State computer science majors. Pizza will be provided during the celebration in Salazar 2016.

Millions of young people around the world participate in massive multiplayer online (MMO) games, and for some countries, the effects are felt beyond the computer. Sonoma State University Human Development Professor Ben Smith is studying those effects thanks to a $15,000 grant from the Spencer...