Magical Men's Hoops Season Comes to an End in First Round of NCAA Tournament
March 14, 2017 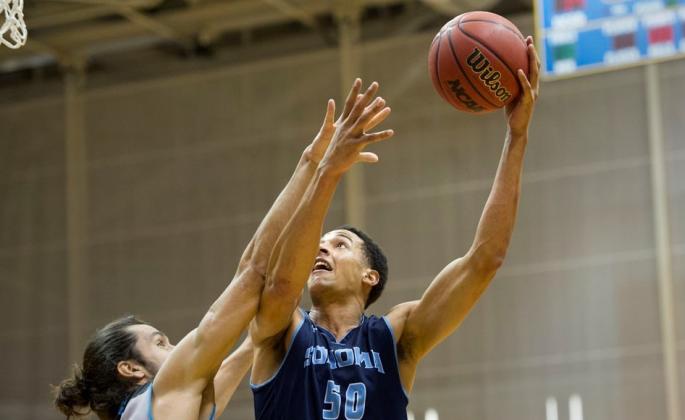 Despite holding a three-point lead early in the second half, the No. 7 seed Sonoma State men's basketball team saw its incredible season come to an end Friday, Mar. 10 with a 73-61 loss to No. 2 seed Hawaii Pacific in the NCAA Division II West Region Tournament quarterfinals at RIMAC Arena in La Jolla. The Seawolves end the 2016-17 campaign with a 20-9 record after their first NCAA tournament appearance in 11 years.

It was an anticipated matchup of offense versus defense, with the Sharks averaging over 87 points a game and the Seawolves defense ranked No. 1 in the nation. After Sonoma State jumped out to an early 7-2 lead in the first two minutes, Hawaii Pacific was able to shoot its way back into the game and the contest remained close for the rest of the half.

After shooting 50 percent on 12 of 24 from the floor in the first half, the Seawolves ended the contest shooting 45.8 percent overall on 22 of 48 from the floor. They outshot the Sharks, who had a 45.7 percentage from the floor on 21 of 46 shots. But Hawaii Pacific went 21 for 27 from the line compared to Sonoma State with 11 of 15. Armani Nicolis and Nathan Molony-Benjamin both led the way for the Seawolves with nine points each.